Our country is currently running under the regime of the newly implemented Goods and Services Tax. Both the state and center government have the power to collect tax because of the ‘dual’ nature of the GST Act. Although, you will be amazed to know that the GST revenue was decreasing for the past few months. No wonder there have been so many modifications in the taxation policy. The GST Council, on the other hand, urged to initiate the e-billing system that has already been followed in 10 Indian states. As per the GST bill latest news, on January 16th, the e-way bill system was made applicable to the trial basis. Just because this system will be fully applicable from February 1, 2018, you should get used to it in the trial run only.

Is it necessary for you?

Well, if you are in a business that involves inter-state movement, then getting equipped with this new rule is necessary for you. If there is an inter-state movement of goods worth more than INR 50,000, then it will be necessary to keep the transaction record through e-way billing. Earlier, when you were doing business and the movement of goods was involved, the VAT authorities issued bill only to those dealers who were on the list of ‘good taxpayers’. This type of uneven billing method boosted corruption and even the record of documents and invoices was too less.

Now you will have to get the e-way bill, from the authority, wherever the interstate pass happens or the inflow/outflow of the goods takes place. This way you will have the record by yourself and the government will have it as well. In the union territory, Puducherry, this system will be applied for the first time. Although, this particular scheme is already applicable in some of the Indian states and the names are as follows:

As per the India’s GST bill latest news, you will have to follow a standardized system of the billing if you will make the movement of goods across the nation. This simple effort will help the government to track the tax evasion and the number of goods moving from one state to another.

You might get the feeling that the government always puts sudden weight on the shoulders of the common public and expects positive results. We agree to the point that the government could have thought of a better way to repair the leakage of the tax revenue, but ultimately this e-way billing is for our benefit only. Because there would be a no-point in being a part of the GST if the process is corrupt in any form.

And keeping the hindrance of the effortless movement of the goods in mind, the government initiated the system 15 days before the actual implementation date. Every marvelous architecture is built with a combined effort, block by block. This new taxation system will take its real shape in the same way only. 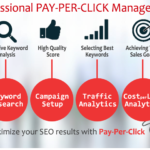