As with most legal matters, child custody hearings are a complicated issue to say the least. There’s a lot of emotional labor involved in the process, and if you’ve also gone through a divorce hearing, you’re probably feeling pretty frustrated as it is. Going into a legal custody battle right after a divorce can be quite an aggravating situation because now, you’re losing more than one personal relationship within a short period. It’s difficult, we understand that, but how would your lawyer look at this situation?

Deep inside you need to feel that you’re the best person to make decisions about your children’s future and wellbeing. This can’t be a grudge match against your ex-spouse, because at this moment you need to put your children before all else and judge yourself in light of how well you can care for them. The deeper the sense of responsibility and concern for your children, the more caring you’ll be towards them. Child custody hearings are about deciding who can best care for the children and honesty is probably the starting point for any successful child custody hearing. This is how your lawyer will approach the problem—with the belief that you’re the best person to take care of your child and will support your decision to pursue custody.

If you’re considering getting a divorce, are currently getting a divorce or going into a legal custody battle for your child, you should understand some basic rules. This blog will discuss the process of a child custody hearing, the types of judgments handed out in courts, cases where judgments aren’t handed out and what documents you might need. Hopefully, with this understanding, you’ll be well-equipped to take a hands-on approach to your legal battles.

The Various Types of Custody Judgments The judge will take into account either parent’s mental health, financial stability and look for any instances where either parent may have abused their child. Joint legal custody is commonly handed out to ensure that the child has ample contact with both the parents unless evidence indicates that such custody shouldn’t be handed out.

Physical custody refers specifically to the judgment where courts decide who the child gets to live with and who gets to care for them on a day to day basis. Sole custody is a situation where the child only lives with one parent and the other parent only has limited interaction with their offspring, while joint custody means that parents take equal responsibility for their child’s physical wellbeing.

The Legal Possibilities of Custody Hearings Most times, judges would rather that the two parents figure out the custody details on their own. In many cases the parents negotiate and settle out of court, laying down visitation plans and the remaining details regarding the child’s welfare. These are also legally binding agreements which can be enforced through the courts if either of the two parents violates the rules of custody.

It’s only when you can’t come to an agreement by yourselves when the courts intervene and resolve the matter through a trial. You should bear in mind that everything we’ve said up till this point applies only to people who’re trying to settle custody disputes after or during a divorce. The rules for unmarried couples are slightly different.

Although there isn’t a huge difference between the ways the court deals with custody battles between unmarried and divorced couples, the lawsuits are usually filed by the father. This is because the child’s custody in the case of unmarried parent only recognizes one of the two parents as legal parents. That said, custody is almost always granted to the mother of the child and the father has to legally enforce his custody rights.

Now that we’ve covered the basics of what custody means, the various types of custodies awarded by the courts and the ways in which custody trials ensue, we can move on to the checklist. It can’t be emphasized enough how important it is to get your documentation right because ultimately most custody trials rely on how well-documented the relationship itself is.  As a rule of thumb, legal trials involve the study of evidence and debate regarding the validity of said evidence with respect to the terms of the trial. Having said that, your documentation could mean the difference between a successful or disastrous custody trial. These documents are collected to prove the depth of your relationship with the child and the role you play in their lives. The list of documents you should always keep at hand during the trial include:

Phone Call Logs—You should keep a thorough record of the number of calls made between you and your child, between your previous spouse and the child. Keep track of how long these calls lasted and the frequency of calls.

Visitation Schedules—You should also keep a copy of the visitation schedule that you’ve prepared. It’s likely that the other party also brought there’s and it pays to have your own with you for the judge to create a judicious decision that could favor you, your ex or a compromise between the two.

Your Child’s Records— This includes report cards, medical reports and any other piece of documentation that shows your involvement in your child’s life.

With this knowledge, you are now prepared to go to war for your child’s well-being. With the help of a great Child Custody Attorney and an understanding of the nuances of custody battles, you’ll feel much more confident going into court to what’s best for your children’s futures. 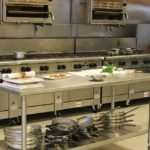