You’ve come to the conclusion that enough is enough and cigarettes simply aren’t worth the trouble. Whether you’ve decided to focus on your health or simply to beef-up your wallet, quitting is the right choice to make. The actual process is a bit tricky though. Whether you use E-cigarettes or sheer mindpower to overcome it, you need to be prepared for quitting.

Like most addictions, smoking isn’t very easy to quit. Considering the fact that it’s legal and socially acceptable, it’s easy to fall back into the trap of taking one more cigarette. A gradual transition into quitting seems almost impossible when you’re very likely to be offered a smoke every time you go out with friends.

Remind yourself of the benefits

When the cravings start kicking in, it’s easy to forget the many benefits that come with leaving smoking behind. After a while, you’ll start feeling better and healthier in general. Most people feel a burst of energy and motivation after being clean for a while. You won’t have those sudden coughing fits that start for no reason.

Let’s not forget that it also impacts your wallet. Not smoking will leave you a lot of extra cash at the end of every month. Cigarettes are an enormous non-essential expense that really eats away at a pay cheque. Even if you decide to take up vaping to replace it, you’ll still only spend a fraction of the money that you would have spent on cigarettes.

Exercise is a tried and tested method for kicking addictions. The way physical activities stimulate the brain isn’t all that different from addicting substances. Working out releases endorphins which make us feel good. With enough repetitions, you can find yourself craving exercise in order to feel good.

Replacing one addiction with another doesn’t seem like it gets you anywhere, but what would be the downsides of being addicted to exercise? That’s exactly the point. It’s not like you can overdose on working out, and it provides some nice benefits to boot. The exercise itself can be in any form that you enjoy. Running and swimming are fun activities that help you stay fit and keep the urges at bay.

The negative consequences of smoking are enough to make anyone want to quit. However, quitting outright is just too difficult for the majority of people. Wouldn’t it be great if there were a way to smoke cigarettes while avoiding the negative impact on lung health?

At the end of the day, the addictive properties of smoking are only attributed to nicotine, while the health issues are caused by tar and tobacco smoke. Nicotine isn’t exactly a shining beacon of health, but it’s a lot better than tar.

There are lots of different ways to get your nicotine fix without inhaling any of the deadly smoke that cigarettes produce. Nicotine patches are a great example. They give you your daily dose of nicotine while sparing you the unhealthy tar and smoke. Despite its shortcomings, nicotine isn’t as bad for your lungs as the other ingredients. A lot of smokers have found vape starter kits to be another good way to leave cigarettes behind. Those who like to compulsively hold cigarettes will adore this solution.

Talk to your close ones

Getting rid of an addiction is a tough process. Smoking isn’t considered a hardcore drug, which is why you probably won’t get a lot of praise for quitting or reducing the number of cigarettes you consume.

Still, quitting can be extremely emotionally taxing and you should talk to your close ones every time you feel like you’re not going to make it. You should be able to count on them for support during the toughest parts of the quitting process. When a relapse seems imminent, go out for a walk and talk about your feelings. Make sure you talk to someone who is understanding of your issues.

The decision to quit smoking is a big step towards improving your health. Once you’ve admitted that you have a problem, you’re already halfway towards solving it. Stick to these tips and you’ll be on your way towards kicking this nasty addiction in no time. 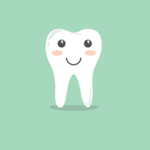 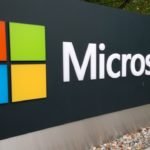