The Australian real estate market is confusion on its own for many prospective buyers, so dealing with strata might seem like a hassle. However, if you arm yourself with enough knowledge about how strata property works, then the buy should go smoothly. Basically, it all comes down to who owns what and which permissions to ask but luckily, the area is well-regulated since 2015. The responsibilities are clear enough so there is no need to shy away from this type of property ownership.

Strata property essentially functions in such a way that you own a small “lot” (an apartment, basically), while the rest of the building is common ownership. This means that the inside of the housing unit is yours but the garden, the playground, the driveway, and the lobbies are commonly owned. They are administered by strata companies that take care of such things like cleaning and maintenance in general. If a lightbulb goes out in your apartment, you are the one in charge of its replacement but if the same thing occurs in the hallway, then the strata company will replace it. Sounds simple so far, right?

The limits of personal property

In general, owners of individual lots own the floors and the airspace in their respective housing units. You may be free to nail a picture to the wall on the inside but the outside façade of the building is not yours to alter. Furthermore, the stairwell and the park outside are also not yours to do what you please. They are run by managers hired by the strata company so you needn’t worry about picking up the trash. Of course, this doesn’t mean that you have free reins to destroy communal property even if you don’t own it!

Since the passing of the new strata regulations back in 2015, it is now quite clear what you can do to your property. All renovations are divided into three categories: cosmetic, minor or major. For the first renovations, you just need to notify the strata committee but in general, you are free to act on your own. These are interventions that ordinarily are not major in size, like nailing a picture on the wall, as mentioned earlier.

Minor interventions are a tad more serious and they do require permission from the strata company. The green light is given by a vote of the committee but not in a general meeting, which makes the thing a whole lot easier than they were a decade ago. The final category are major renovations that include tearing down walls or adding an extra room. These structural changes require the passing of a special resolution at a general meeting. If you are a family growing in size and need an additional room for a nursery, then you can expect a positive outcome of your request.

So far, strata housing may seem as an ideal concept of communal living. However, there are all sorts of problems that can occur. Tenants might have issues with their landlords, owners might get into a fight (verbal, hopefully) with other owners, and some of the owners might not like how the strata company is running things. That is why there are management companies like Eling Strata Management that mediate any disputes and try to resolve them in a peaceful manner. In fact, if the manager is a trustworthy and knowledgeable person, then living in a strata community might surpass in quality conventional land and property ownership.

Can Poochie live with me?

For those tenants who adore their four-legged friends, the question of pet-friendliness might arise. Generally speaking, few strata laws and schemes forbid the ownership of pets. However, several by-laws state that you have to inform the owners corporations that you own a pet and that it is living with you on the estate.  If your cat or dog is not harassing other tenants in any way, then you are more than welcome to move in with them in your new apartment.

If we got you interested in buying a strata property, then there are several extra things that you have to check before making the downpayment. Ask for the financial records of the strata company to make sure they are managing the estate well enough. Also, you might want to see how they have resolved issues in the past so you know what to expect in the future. Enquire whether there is any major renovation work scheduled for the upcoming period, as the last thing you need is your dream home turning into a construction site after you move in.

As you have seen from what we have listed so far, a strata ownership scheme has many advantages. Yes, you will have to ask for permission for any major renovations but in general, peace and quiet are guaranteed. Finally, having a caring strata manager will ensure everyone living in your apartment block gets along better with each other. 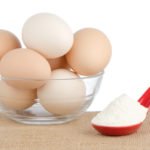 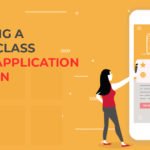