The android technology has hit the cell phone industry by storm and today you have seen that everyone is having an Android smartphone in hands. The modern phone technology has been used by the people of the world no time ever before.

You may have seen people walking on the roads and keeping their cell phones with their ears, pressing keystrokes back to back for send and receive text messages, use social media apps for having a fun with their friends online and share media files such as photos and videos and also make Voice calls.

All these activities fascinate the user a lot of android cell phones more than any other operating systems. The Android mobile phone technology has provided the smartphones in all categories when it comes to price, you can purchase a cell phone at the reasonable price and you can buy with high price with more and fascinating features.

First of all, are you ready to do that activity? If yes, the choice is all yours. Normally, a user gets the secret call recorder of the cell phone spy app for parenting reasons in order to listen to the hidden calls of kids and teens to stay updated about to whom they are used to or talking on their cell phones of android. Furthermore, a user can use the call recorder hide app in order to spy on the calls of the employee on the company’s owned gadgets to know how they are dealing with the customers. However, the spouses most of the time want to know to whom their partner was talking last night and has kept on smiling.

How to get Hidden Spy call recorder for Android?

All you need to do is to visit TheOneSpy call recording app on the web and then subscribed to it. In response, you will get the credentials with an automated mechanism of the cell phone call spy app. Furthermore, once you have got the credentials, then you need to memorize or to save your email into the drafts. Now you should install the secret phone call recorder on your target cell phone device for Android and then when you have completed the process successfully activate it on the target cell phone.

Access to the web portal of spy call recorder for android

Before you are about to complete the activation process, you will have a pop-up option. Either you want to spy on the cell phone or phone calls secretly or not. Further, you just need to make your best choice and then activate it on the target cell phone of android. Now your next step should be to use the passcode and ID that you have got earlier at the time you have got the spy phone call recorder for the Android license. Use it and then press enter and get ingress into the vicinity call recorder hide app online control panel. The moment you have got the access the very next moment you can find out the tools that will empower you to record the phone calls incoming or outgoing on the target cell phone of Android OS.

Therefore, all you left is to go for the call spy tools of the android monitoring app.

You can visit the features of the android surveillance software and you will find out the call spy. You can use it for recording and listening to the calls incoming and outgoing calls on your target Android smartphone. You can also save the recorded material to the online dashboard of the secret phone call recorder’s for Android control panel and further download it to the fullest.

Hidden spy call recorder is the ultimate and reliable tool for the android monitoring software that allows the user to listen and record the phone calls on the Android cell phones and gadgets. 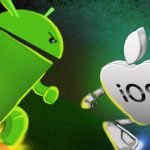 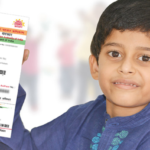