Aadhar number is provided to every citizen residing in India for proof of address and identity. In this link of the documentary evidence provided by the government, now the Aadhar card can also be made for the newborn. UIDAI is launching a scheme to issue special Aadhaar card for the newborn.

The Indian Unique Identification Authority (UIDAI), which issues Aadhaar card to the citizens of the country, has now announced the release of child support for children. This Aadhar Card is designed for children under 5 years of age. UIDAI has given this information through a tweet.

How Much Different would be Bal Aadhaar from common Aadhaar:

The Aadhaar for the children to be released will be blue. Although child Aadhaar is not necessary, according to government sources, when the child will grow up and apply for government scholarships or higher education grants, then he will need Aadhaar. Even for applying to the foreign university, it is also necessary to have a child Aadhaar.

Learn how to get these Aadhar cards

The Offline way of getting Bal Aadhaar: 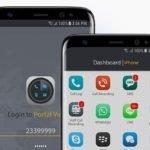 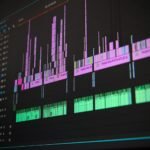