The land-locked country of Nepal, wedged between India and China, is a dream destination for many. The nation is known for its intriguing culture and fascinating terrain that draw hordes of tourists. Every year, a multitude of people from all parts of the world come here to explore attractions like the Boudhanath stupa, Swayambhunath and Pashupatinath Temple. Another thing, which captures the attention of globetrotters, is the diversity of wildlife present here. The national parks of Nepal are a refuge to many endangered animals and birds. Some such areas that can be explored with a Nepal package tour are: Read more about Top Six Treks in Nepal.

Chitwan is among the most popular national parks in the country.Its inscription as a UNESCO World Heritage Site has only added to its fame. The territory covers an area of around 93200 ha in the Terai region of the Himalayas. For those, who want to capture sights of one-horned rhinoceros, this is the place to visit, as it holds one of the last and largest colonies of these fascinating mammals. More than 30 per cent of mammals and amphibians, and 65 per cent of the fish found in the nation can be seen here. The concentration of birds found in this protected territory is known to be among the highest on earth. About 350 diverse species of winged creatures are found here, making ita paradise for ornithologists. This is why a visit to it is included in many Nepal tour packages from India.

Sagarmatha is famed all over the world as the location of the highest peak in the world, Mt Everest. The national park, covering an area of around 120000 ha, has a dramatic landscape of mountains and glaciers. This wildlife reserve is home to many rare species like snow leopards and red pandas. Owing to the popularity of this protected area, many Nepal tour packages from India bring tourists here.

Spread over 90000 ha of land, Banke National Park encompasses parts of Dang, Salyan and Banke districts. Its total area includes 55000 ha in the Banke district and a buffer zone of around 34300 hectares. The territory was established in July 2010 with the purpose of conservation of tigers, Asian elephants, striped hyenas and gharials. This wildlife reserve is a part of Terai Arc Landscape, which houses many tiger reserves.

Langtang National Park was established in 1976 to conserve the unique fauna and flora of the Central Himalayas. Sprawling in over 171000 ha,it covers the districts of Nuwakot, Sindhupalchok and Rasuwa. In 1998, 42000 hectares of land surrounding the area was declared a buffer zone. The park has a healthy population of bears, red pandas, snow leopards, musk deer and Himalayan tahrs. This protected territory also draws a large number of ornithologists with more than 250 bird species. Various trekking tours are also offered in the park, and some of the most preferred ones are to the LangtangValley, Helambu and Gosainkunda Lake.

Established in 1992, Makalu Barun has a total area of 233000 ha,out of which 83000 ha is a buffer zone. The wildlife reserve is renowned for its biological diversity as it is home to dozens of species of rhododendrons,orchids and other rare plants. The diverse animals found here include red pandas, deer, wild boars and snow leopards. Tourists looking to come here can customize their Nepal package tour to include this park in the itinerary.

The above-mentioned sites give people a chance to suffice their curiosity and spend a few days in nature, learning about the variety of animals found here. 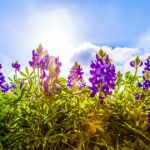 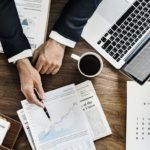