Hyperbaric oxygen therapy (HBOT) is a treatment that involves inhaling 100 percent pure oxygen in a sealed pressurized chamber. Hyperbaric therapy is approved by FDA for treating carbon monoxide poisoning, infections, burns, wound healing, and decompression, but it is also used as an alternative treatment for autism, cerebral palsy, learning disabilities, and other such ailments.

During hyperbaric therapy, a person inhales pure oxygen in a pressurized chamber for a certain duration. This enables absorption of additional oxygen which enhances the healing process of body.

Normally, our body transports and carries oxygen via bloodstream, specifically through red blood cells. However, when someone breathes oxygen in a pressurized chamber, oxygen dissolves in body fluids, the lymph, blood plasma, fluids of central nervous system, and the bone. This process saturates organs and body tissues with oxygen and makes it possible to circulate oxygen to areas with diminished flow. Damaged parts and tissues receive extra oxygen, and the healing process begins.

Inhaling pure oxygen enables white blood cells of the body to fight bacteria, decrease swelling, and enhance the growth of new blood vessels. Hyperbaric treatment is easy, painless, and has minimum side effects.  Although HBOT carries a different effect on every child, many success cases have been reported till date. One such success story is of Alisha, a child who has Cerebral Palsy and Wolf-Hirschhorn Syndrome.

Varsha Daryanani, Alisha’s mother, explains how Alisha’s Wolf-Hirschhorn Syndrome, a genetic disorder, led to a severe seizure and cerebral edema at an early age. She stayed in PICU for 23 days, and on her return, she was diagnosed with cerebral palsy.

It is hard to imagine how Alisha’s parents saw their cheerful newborn go from ten to zero in just a matter of days.

After her seizure, she was highly spastic and even changing her diapers were a task, as described by her mother. Doctors clarified that Alisha’s recovery will be slow and can take as much as 12 to 18 months.

After Alisha’s parents found out about hyperbaric therapy, they consulted her regular doctors and all of them waved a red flag, completely recommending against the treatment. They were not entirely wrong, as there is no clinical evidence of the effectiveness of HBOT for cerebral palsy.

They again visited the doctors to confirm that Alisha was actually recovering. Varsha also explained how Alisha’s case made the doctors believe in HBOT therapy.

The second round of Alisha’s HBOT treatment was more useful than the previous one, as Alisha finally started speaking, responding to vocal gestures, and moving her legs and arms. It was a hard and exhausting time for both Alisha and her parents, but HBOT therapy made it all worth trying. They have got their daughter back, and for HBOT, the treatment added a few more believers in its list.

Agreeably, hyperbaric oxygen therapy doesn’t have enough clinical proofs, and it is not an FDA approved treatment for cerebral palsy, but looking at numerous success stories, it is evident that this treatment is worth trying. Many children have recovered normal functioning and not just in cases of cerebral palsy, but also in cases of various other health ailments such as autism, wound healing etc. 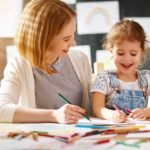 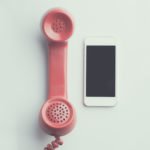