Near drowning incidents are known to cause severe emotional trauma to the concerned individuals. These experiences can also lead to serious physical disabilities if due care is not provided in time.

How does a near-drowning accident affect an individual?

A near-drowning incident can have damaging repercussions on the neurological functions of the survivor due to the deprivation of oxygen to the brain. A normal human being can stay underwater for a duration of two minutes, and if prolonged further, will eventually lose consciousness. If the brain is deprived of oxygen beyond six minutes, the individual will slip into a condition known as ‘Brain Hypoxia’ wherein the brain cells deplete in a rapid manner, thereby resulting in complete deterioration of all basic functions such as memory, speech, motoring skills, etc. that are associated with the cerebral cortex.

Brain damage due to near drowning will require prolonged medical treatment sessions for the patients to recuperate and regain basic cognitive abilities that are essential for a healthy existence. Due to the severity of these brain afflictions, the quick administration of requisite treatment is vital to ensure that the patient overcomes all health hazards and is able to resume normal living in the earliest possible time.

Currently, Hyperbaric Oxygen Therapy (HBOT) or Hyperbaric Chamber Therapy is a favored alternative treatment solution that is being used to treat patients involved in near-drowning accidents.

Hyperbaric Oxygen Therapy or Hyperbaric Chamber Therapy is an alternative treatment option wherein the patient suffering from possible brain damage is placed in a pressurized chamber and is administered pure oxygen into the blood flow at enhanced levels that can range between 1.2 atm – 5 atm.

This treatment has to be administered to the patients by qualified medical experts specializing in Hyperbaric Chamber Therapy.

How does Hyperbaric Chamber Therapy help in treating patients that have survived drowning?

Hyperbaric Oxygen Therapy (HBOT) or Hyperbaric Chamber Therapy has been a popular option that has been prescribed by medical professionals since the past few decades to treat divers suffering from drowning accidents and is rapidly gaining precedence in treating near drowning cases in the times that we live in today.

The statistical reports of near drowning incidents are quite staggering, with approximately 15000 to 70000 cases being registered in the United States of America annually!

According to Dr. Paul Harch, a specialist in Hyperbaric Oxygen Therapy operating in Marrero, Louisiana, USA, there have been numerous instances wherein patients affected with disablities due to near drowning incidents, displayed remarkable improvements in their condition after undergoing successive treatment sessions at his clinic.

Dr. Harch has been treating divers with various afflictions ranging from external wounds to internal injuries through hyperbaric oxygen therapy since 1980s. That is the period wherein he discovered the advantages of Hyperbaric Chamber Therapy and has subsequently adapted this treatment option in his clinic and continues to treat patients affected by drowning related accidents till date.

The Hyperbaric Chamber Therapy ensures that pure oxygenated blood flows to all the far-reaching parts of the brain and aids in promoting the regeneration of damaged cells and restores functionality of critical tissues in the impaired areas of the brain. Furthermore, this therapy is believed to provide pain relief and also alleviates the ability of the patients to recoup from life-threatening health conditions. There have been no proven side-effects related to Hyperbaric Chamber Therapy, making it a popular treatment option for numerous ailments across the world.

A few advantages of Hyperbaric Chamber Therapy while treating drowning survivors have been listed herewith:

These advantages of Hyperbaric Chamber Therapy are extremely encouraging and provide a new ray of hope to patients affected by drowning incidents! 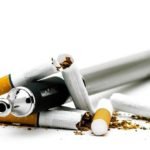