Millennials are familiar with Karate Kid, Power Rangers, Dragon Ball Z, Spy Kids, legendary Kill Bill, or the more recent one, Kung Fu Panda. It was certain that at one point you were interested in training karate or kung fu. Now you have a kid, or a nephew you want to get into it, but as a grown-up realize it can be a deadly skill. So here is a list of elemental pros and cons for a concerned parent.

First, there is a need to explain what can be a martial art, not to be mixed with MMA (mixed martial arts), which are only a type of martial arts. Martial arts are systems of training codified for combat developed for different reasons, including offence, defence, health, and spiritual development. Most popular martial arts are: boxing, karate, judo, MMA, and taekwondo. Some, like Indonesian Pencak Silat, are preserved under UNESCO Cultural Heritage status and are considered as a form of art. The codification of each martial art is always backed up by a strong philosophy and long tradition. Therefore, it is an important part of the class to consider when deciding on an outside-of-school activity for your kid.

WHO’s 2020 publication on children’s malnutrition states that more than 38 million children were overweight in 2019. This trend is rising, unfortunately, and it is crucial to create healthy habits in your child’s early development so that they could consider regular physical activity part of their lifestyle. Any sport is applicable, but the tradition behind martial arts is more certain to become a lifestyle far into adulthood.

There are many benefits of martial art, and the motor, as well as mentioned spiritual development, are parts of the basics of many martial arts. You have certainly come across tai chi meditative poses while browsing, for example, but you for sure remember many strength-building poses and repetitions in Karate Kid!

Concentration, the continual study of your body, and the hard work on improvement of the stances will equip your child with endurance show the benefits of putting in the effort marvellously. While meditating, repeating codes, and learning more and more complex systems, they will still be a part of a team, and here is our next benefit. A study on karate has shown that karate helps children in building cognitive function, self-esteem, self-respect, and self-awareness.

The bond between the trainees who have gone from white to brown belt together is like a sibling connection. They train together, improve together, fight and cheer each other on. Each sport is a community and each dojo is a family, so you don’t need to be afraid if your busy athlete will have the time to build friendships and partnerships while playing. The sports community, however, won’t include you, so always be there to cheer them on!

Training appointments, equipment, competitions, medical check-ups, training camps – any sport does take a significant amount of time for parent and child likewise. It is not less important too, according to your child’s wishes, to know what are you getting yourself into as a parent. The amount of time, if you are moving often, either may show a poor lifestyle choice for martial art as your child’s hobby.

AAP concluded a study in which they concluded that martial arts-related injuries are mostly not life-threatening. The ones counted as most often are abrasions, contusion, sprains, and strains. Most of these do not require extensive medical care, and therefore aren’t the type of injuries that will make you choose a different type of sport for your child’s safety. Either way, it is not bad to check and consider sports physio as a part of a medical check-up yearly and after any injury to be certain there are no consequences of any type of injury.

Scary injuries do occur, unfortunately. Fractures, neck injuries, dental injuries, and concussions, which AAP also counts as occasional, do occur. British Journal of Sports Medicine has published research on injuries in 5 martial art styles: Shotokan karate, aikido, tae kwon do, kung fu, and tai chi. They have concluded that the risk of injuries goes up at 18-year-olds and older, while different martial arts appear to be safe for younger athletes, particularly those at beginner or intermediate levels.

When your child reaches a certain level of skill (different for each martial art), they will become independent and able to take care of themselves in an unlucky encounter or risky situation. However, with mastering the skill, the risk of uncontrolled behavior also rises. Here is where the importance of the right choice of trainer and a club for your child will prove a key point for the right mental development. 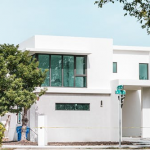 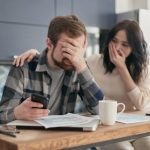