Skull of death symbol on the screen of smartphone on laptop computer. There is data flowing background. Selective focus on screen of the phone.

According to the results of the survey by McAfee, more than 40% of the people all around the world don’t have control over their data. There is also one-third of the parents who don’t know how to ensure the privacy of their children. During the last year, Facebook and some other big names in the online field have to face some problems of data breaches. As a result, the personal records of their users were in the hands of the criminals. Here, we will discuss data privacy problems that everyone has to face still.

Online data is growing at a faster rate. It is estimated that in each second, 1.7 megabytes data is created. The data is growing at a faster rate but organizations don’t have advanced level privacy protections. Therefore, there is a possibility of stealing the private information of their customers and organizations. According to the Breach Level Index, since 2013, more than nine thousand millions data breaches are reported by different organizations. PII (Personal Identifiable Information) has become the biggest challenge for organizations. Due to this huge amount of data, it has become a real challenge for us to ensure the security and safety of that data.

Due to data breach, an organization has to face lots of problems. These problems are in the form of losing the revenue of an organization. According to the report of the Ponemon Institute, it is found that the average cost of each data breach is almost $3.62 million. In 2019, there was a 30% increase in the data breaches than in 2018. It means that the problems of data breaches are increasing day by day. After facing the data breaching problem, an organization also has to face lots of penalties in different ways. Therefore, it is necessary for the organizations that they should spend a huge amount on security technologies. With the help of these security technologies, it will be easy for them to recover and backup the lost data.

There are lots of companies that are involved in the collection and selling of the private data of their users. They are collecting and selling the data for various purposes like marketing of their products and for taking the automated decisions. Since 2014, data broking has become business for the people. They make some websites and on these websites, they collect private information of the users without their permissions and they sell it to different organizations. Therefore, if we want to ensure the security of our data, we should try to visit only legitimate sites like The Academic Papers UK.

IoT has also become a major cause of data breach for the users. Its reason is that it has become a real security concern for IT specialists. That’s why more than 90% of the professionals are concerned about the privacy of their information. This concern is due to the IoT rather than network security. Anyhow, it is also possible for you to ensure the security of your data even with IoT. For this reason, you just need to know about BYOD policies, and IoT readiness plan and how to scan the network.

There are some common human errors that can create some security problems for your data. That’s why lots of security analysts have claimed that these human errors are creating lots of challenges for the security of the data. Some common examples of the human errors are that the employees of the organizations are using weak passwords and hackers can easily steal these passwords, they have deleted important data or information mistakenly and they are involved in the phishing scams etc. In order to prevent these kinds of human errors, an organization should hold some training programs. In these training programs, they should tell to their employees how they can ensure the security of their data. 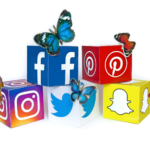 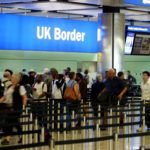