Tuscany is regarded as the birthplace of the Italian Renaissance. Positioned at the centre of Italy, Tuscany is a hub of all the beautiful elements of Roman civilizations, amongst the other. It is known mainly for its gorgeous landscapes, renowned traditions, ancient history, artistic legacy, with its influence on high culture and contemporary developments over the years. If you come over, you can avail to the best villas in Tuscany with really good amenities. Also, the places to visit and things to do in this region are endless.

Tuscany is home to many influential figures in the history of the country. It has a high concentration of both art and science and houses well-known museums. The Uffizi and the Pitti Palace is here in Tuscany. Also, the region produces the best wines which include the Morellino di Scansano, Brunello di Montalcino, Vino Nobile di Montepulciano and the lip-smacking Chianti. The list is endless as to what can be done and where to go. However, we have picked out the top, few of the best places to visit while at Tuscany.

Listed below are the things to do and the places to visit in Tuscany:

There is no other place that can defeat the charm of this city and is the capital of Tuscany. If you are a Game of Thrones fan, believe me, this city will give you the ‘Kings Landing’ vibes. The city oozes of architectural grace, with the Ponte Vecchio being the highlight. On the north bank of the river, Arno lays the Piazza del Signoria and is the most visited place in Florence.  The iconic sight of Duomo, the terracotta tiled dome, and a bell tower is the epitome of the city. You must know the best things to do in Florence as there are a lot to explore.

We all know about the architectural excellence whose mistake has made it world-renowned, the Leaning Tower of Pisa and it being graced as one of the seventh wonders of the world. Well, Tuscany boasts of it, with all its sublime and architectural grace. The Arno River that runs through the city has embankments that are walkable for visitors. It is lined up with elegant palaces and of medieval churches. You will find the Santa Maria Della Spina in the embankments. The city houses the best restaurants that serve pure Tuscan delicacies that foodies from all over the world can avail to.

Fan of horse races? Well, this is the place for you. The seventeen districts or ‘contrade’ of the city holds a centuries-old horse race with colourful costumed processions and gives visitors and residents the best time possible. The city of Sienna is distinguishable for its medieval brick buildings. The Piazza del Campo is the site for the Palazzo Pubblico, the Torre Del Mangia and the Gothic town hall. The streets of the towns are cobblestoned and steep, which is lined up with gourmet shops, fashion boutiques, warm and cozy trattorias and bakeries. If you visit the city, try the delicacies, especially the thick, hand-rolled pasta and the spiced panforte fruitcake.

This city lies on a hill in Tuscany to the southwest of Florence. The entire place is encircled with 13th-century walls and the old town of the city houses the Piazza del Cisterna, lined up with medieval houses. The city is also home to the Museum of Sacred Arts that sits alongside the 12th century Duomo di San Gimignano church. The city hall is filled with Renaissance frescos and breathtakingly beautiful paintings by the old masters. Also, if you happen to be curious about medieval tortures from the Roman era, then this is the place. The Museo Della Tortura di San Gimignano is at the south of the center of the town. It is a torture museum displaying sadistic and grim medieval instrument of torture.

This town in Tuscany, Italy served as a summer home for Pope Pius II. The central Piazzo Pio II is framed by building from the 15th century like the Pienza Cathedral and the Piccolomini Palace. The latter serving to Pope Pius II. The pope’s embroidered cape and the Flemish tapestries are on display at the Diocesan Museum. Also, the townhouses the Romanesque church with a bell tower known as Pieve di Corsignano.

This place too is a hilltop town in Tuscany. The town is surrounded by vineyards and is known for its Vino Nobile red wine. Also, the Torre di Pulcinella is a clock tower which is topped by a figure of the Pulcinella (a commedia dell’arte character). The Montepulciano Fortress in this town is a venue for exchanging exhibitions and festivals. It was built in 1261 and again rebuilt several times over the centuries.

Phew! That is a lot of places to go and a lot of things to do. We covered the best places for you. Upon visiting, you will be able to discover more of the offerings Tuscany has to give. Give it a chance, and Tuscany will leave you mesmerized. 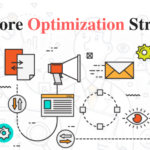