London is a huge place, with so much to see. That doesn’t mean you can’t get some of the highlights done in just half a day though!

This is my London One day itinerary. We managed to see Buckingham Palace, Whitehall, The Parade of the Queen’s Mounted Guard, Trafalgar Square, The London Eye, Westminster, Big Ben, London Bridge and the Tower of London. To finish the day we had a stroll around Shoreditch and Old Spitalfields Market.

We did all of that in under 12 hours (Half that, to be exact!).
I’m not saying it’s the best way to do things, but I saw all of the sights I’ve wanted to see in London since I was a child. If it’s the only time you’ve got, it’s very doable!
We flew into London Stansted Airport, and took the Stansted Express Train to London Liverpool Street. This was only a 10 minute walk to our hotel in Shoreditch. We went to bed early so that we could start our little tour of London as early as possible.

7.30 am
We started by getting The Underground Train straight to Trafalgar Square, which was the Charing Cross Stop.
A day pass for the Underground cost about £12, which is really worth it if you want to get around fast for the day. It allows you to travel on busses, underground, overground and national rail services as long as you stay in the right zones.

This landed us just by the steps of Trafalgar Square. Even though it was just before 8am, it was almost 30 degrees hot. There was no one else around the square at this time, so we had an unimpeded view of the fountains and the National Gallery.I’d advise getting up early if you want to see anything without the crowds of tourists on a summer day in London. We grabbed breakfast at Caffe Nero which had an amazing view of  Trafalgar Square and sat outside there for a while.

8.00 am
Next we strolled through Admiralty Arch.. The Gateway to Buckingham Palace.
Admiralty Arch is stunning… and as you walk through it you’re taken to the driveway of Buckingham palace. It’s lined with trees and British flags, and it’s where I took my photo above. We walked down The Mall, and as you get closer you see Buckingham Palace. Even at 8am, the palace was still pretty busy with tourists (mostly guided tours) but we still got a pretty good look at it and we managed some photos by the gates without anyone around.

Next we walked through the Palace Gardens, and down through St. James’s Park to the Household Cavalry Museum, to watch the Horse Guards Parade. This was about 15 minutes long, the guards swapped out for new ones and paraded away. It’s definitely something to watch if you like horses.

9.00 am
By 9am we reached Big Ben
We walked through Westminster, catching a glimpse of 10 Downing St through the heavily secured gates. Then on towards Big Ben, we saw the houses of parliament and Westminster Abbey. They’re all much closer than I imagined they’d be, but it’s great for walking around quickly.

9.45 am
Next we hopped on the underground towards London Bridge
Surprisingly London Bridge is much bigger up close than you’d think. It’s just a few steps away from the Underground Station of the same name. We hopped off and walked past the HMS Belfast on the River Thames, and across London Bridge.

We went all around the Tower of London, but skipped the tour of the grounds because the queues were very long. Next time I go back, it’s the first thing to do on my list. The Crown Jewels live there, and it’s where Anne Boleyn was beheaded by King Henry the 8th. You can get tickets for the tour as a part of The London Pass.

11.00 am
Getting closer to our flight on, we headed back to Shoreditch, nearer to Liverpool St Station for our train back to the airport.
Shoreditch is a quirky district in East London. The streets are covered in Murals and there’s loads of cool restaurants, bars and clubs around. This is where we stayed for our one night in London. Some of the best nightclubs in London, like XOYO, Cargo and Nightjar are in the area.

12.00 noon
The last stop
Last but definitely not least, we had heard about the Old Spitalfields Market before we went. We spent about an hour there browsing the beautiful handmade goods and well-known shops too.

By this time we were starving so we decided to eat at one of the food trucks there. We found a pizza truck which made fresh stone baked Neapolitan pizza in front of you. It turned out to be amazing, and it was only £5! – Sud Italia was the name of it.

While this itinerary isn’t exhaustive by any means – it definitely covers a lot in 6 hours, maybe more than what we would’ve done if we hadn’t been in such a rush! Read more on my Irish Travel Blog. 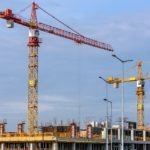 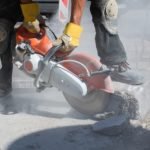