Alternative dispute resolution is how parties work out the issues and reach a compromise or otherwise resolve a matter. ADR can be binding and non-binding, depending on the situation. Either way, it’s a good option when considering how contract disputes can be avoided.

Often, the parties may refuse to adhere to the decision or the agreement made in the proceedings if they’re not legally binding. When this happens, the case has to be brought in front of a judge for a decision to be legally binding and enforced by the court.

It’s particularly popular because it allows privacy, especially to those parties who aren’t willing to discuss their issues in an open court.

Simply put, ADR is an alternative to courts and litigation.

Independent negotiation is not legally binding, and the parties must largely negotiate with each other on their own.

Independent negotiation is the first option for anyone looking to resolve a conflict or dispute. The reason is that often both the disputing parties can resolve their disputes by being upfront and reaching a compromise. When necessary, specialists in dispute resolution can be hired to negotiate on behalf of their clients at their clients’ instructions.

However, this type of alternate dispute resolution is often disregarded because of its obvious drawbacks. Since there’s no third party to make decisions or manage the process impartially, it can be a slow and disorganised process.

Because the process relies on the disputing parties working together to come to an agreement , neither party is willing to ‘lose’.

Mediation is not legally binding, but is highly effective in most cases since the parties are willing to let the mediator have some authority in the interest of resolution.

A mediator is a neutral third party whose role is to sit in and even manage the resolution process and its communication. A mediator aids in communication between the parties and provides any possible resolution ideas and framework to simplify the process.

Mediators usually talk about the dispute issues openly to get both parties to express their ideas and communicate more to begin working towards a resolution. However, the mediator usually does express their opinions or observations regarding the matter.

Sometimes, the court can instruct the disputing parties to attempt to resolve their issues out of court through mediation before bringing the case to court. This saves the court’s time either by reaching a resolution or streamlining the court proceedings with most of the facts heard in the mediation sessions.

But just because mediation is not legally binding does not mean that it won’t matter in the court at all. In some cases, a particular party tries to get out of the mediation, is not committed to making the effort, or refuses to get mediation for any other unreasonable motive.

In these cases, the court looks unfavourably upon them and may even penalise that party by ordering them to pay court costs, also called a costs order.

The court or tribunal usually issues the cost order to deter or punish a party for disobeying the court or being uncooperative with the court proceedings in any other way.

An arbitrator is appointed by the involved parties and is a neutral third-party chosen to help them resolve their issues. The arbitrator is typically an expert that specialises in the field of the dispute, for example, family law.

In the end, when the arbitrator makes their final decision, it is legally binding and often enforced by courts.

Conciliation is a common choice for work and work-related disputes. It’s a compulsory prerequisite for an employee seeking to make a claim before the Employment Tribunal.

Now that you know the different types of ADR, maybe you’re thinking about which you need for your given situation. Wembley Solicitors has a well-staffed team of legal professionals who handle everything from boundary disputes to agreement disputes and partnership disputes in Wembley and Middlesex.

You can learn more about their services on their website. 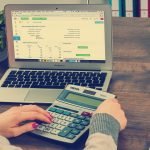