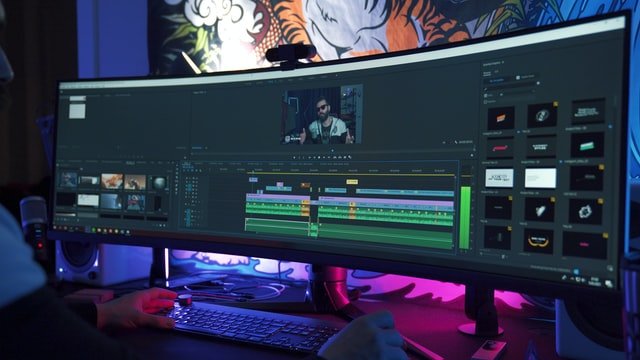 Making a professional business video comes down to a variety of factors. You won’t be able to excel at one category but disregard the others and expect it to turn out fine. This is why we are going to discuss the many aspects of making a high-quality business video, let’s get right into it.

Lighting is the most important factor in making your video appear professional, thus it must be prioritized highly during the making of the video. You can use natural lighting to your advantage as it can really come out well in the video, but film the footage during the morning, as the lighting will be the most optimal then. When filming indoors, the types of lighting can differ dramatically on the outcome of the video. Be wary of unwanted shadows, it is really noticeable and it destroys the professionalism of the video. There’s a big difference between hard and soft lighting, so utilize the one that best fits the video theme. For business videos, soft lighting will usually be the better choice.

Improvising might work in the movie business, but not for professional business videos. Don’t approach the planning process with a laid-back attitude thinking “I’ll just wing it“. Neglecting planning leads to a worse quality “finished“ product, that will most likely look like it was made in 5 minutes. Plan the entire video from start till finish thoroughly. Make the purpose clear, with no mumbling or 2-second pauses to remember what you want to say. Once you have done a take, look for every small detail that you can find, see if there is anything wrong with them. It might seem like a drag to do and come off as perfectionism, but the chances are that if you noticed something, the viewer will as well.

Believe it or not, the quality (or lack of it) of the audio can be more noticeable than the video itself. Keep the audio as clear as possible, without any fuzzing noises, always double-check the audio once you are done with the shot to listen to it and try to spot any inconsistencies or potential issues. When the person in the video is using the microphone, make sure they stay as close to it as possible so that the microphone can catch everything properly.

4. Use a Clear Background

The background sets the theme and mood of the video, so take extra care when picking out a background for the video. Optimally, you will want a clear background that won’t divert the attention of the viewer from the message you’re trying to send. Use solid-coloured backgrounds and compliment the colours with your clothes or other items that will be in the shot. Also, make some distance between you and the backdrop in order to avoid casting a shadow during the video, you can test it out and see how much distance you need to make for the shadow to longer appear. And lastly, pay attention to any reflective surfaces in the near vicinity that could bounce the reflection of someone in the room. And avoid being directly behind a window because you will look darker because of it (unless that is what you want to accomplish).

5. Always Use a Stable Surface When Filming

You want to avoid shaky footage like the plague. If you are just starting out with filming, separate some money from your budget to get a tripod that will keep your filming device stable at all times. You might think that your hands are pretty stable and there isn’t a need, but trust us, there is. Shaky footage just makes you look unprofessional. Just think of how much the “shaky cam” filming style is overused, people absolutely hate it!

Keep camera movements to a minimum. Here’s a life hack, if you want to change the direction the camera is facing to get a new perspective, cut the footage in between transitions to the new perspective instead of having a continuous movement to the new perspective. This doesn’t have to be done if you are moving it only slightly, but in most cases, the camera movement is quite noticeable. If you still have issues with shaky footage, then opt for video stabilization software in order to fix the problem during editing. If you are keen on having a professional crew take care of it, then you’re in luck, because Sydney video production companies excel in making professional videos.

Here are the most notable angles that you can use:

For a more personal atmosphere, use the eye-level angle to captivate your viewer if you have a powerful message paired with a strong camera presence

This shot is taken directly above the person/people you are filming, usually unorthodox for business videos, but it can work with a creative mind.

The high angle shot frames the subject of the shot from above, effectively minimizing them. It can be used to bring out some powerful scenes/effects.

By positioning the camera at a low level, you put more stress on the importance of the subject of the shot, another good shot for captivating the viewer.

(The Authors favourite) The Dutch tilt is mostly used in horror films and thrillers. It tilts the shot and disrupts the horizontal-vertical balance of the video, so it might not be optimal for a business video, but as we mentioned with the bird view one, anything can work if you’re creative enough.

7. The Video Needs to Support the Script

Striking a balance between interesting visuals and a compelling story is the biggest thing that separates low-quality from high-quality videos. You might have a good business script but if it isn’t supported by compelling visuals, then it won’t leave as much of a lasting impact on the viewer. Remember, a ton of people have access to the internet and a countless inventory of films and tv series. So do not throw around cliches thinking it won’t be a big deal or that they won’t notice it. Be as original as you can possibly be in order to attract the viewer. Once you have their undivided attention, you will have free reign to get your message to the viewer. Be as natural as you can and you’ll be fine.

And for the love of God, don’t use stock images in your business video. 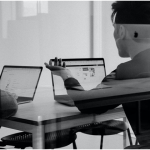