Horsepower and torque are different units used by car manufacturers and enthusiasts to express a car’s engine power. These are the most talked-about terms when it comes to the performance of a car. This article will tell you what they are and what among the two is more important.

By definition, torque is the measurement of the rotational movement of an object. If you are familiar with car engines. You know that the crankshaft rotates around an axis along with the flywheel. This rotation is measured in torque. Torque is that twisting force that rotates the crankshaft, differentials, and drives the shaft. Hence it is an important element that affects the performance of an engine.

It is measured with different units such as newton meters, pound-feet, etc. Each unit describes the rotational force multiplied by the distance from its axis. It is a simple concept if you get to know how an engine works.

Horsepower is the unit of measurement of power. This is called the rate at which an engine or a motor does work. This work done is measured in a block of time. The power of cars is referred to mostly using horsepower. One unit of horsepower or hp is equal to doing 33,000 foot-pound work in a minute. You can also say that one horsepower is equal to 745 watts or the power required to lift an average person for a 1-meter distance in 1 second.

The Difference in Horsepower and Torque

If you sit in a car and accelerate it. You will feel a drag force pushing you back on the seat whereas horsepower is the speed that is achieved after acceleration.

What is More Important?

Technically speaking, there isn’t any proper answer to this question. However, the importance of each depends on the nature of your driving preferences. If you want more acceleration and more speed. You would need performance upgrades for both torques as well as horsepower.

The specifications of your engine matter a lot in this regard. Not all engines are the same, the stroke of the engine governs the torque too. If you have a long-stroke engine, it will produce more torque hence more power. Whereas, a short-stroke engine will be giving you less power. Some engines are locked at a certain performance which can be upgraded using performance upgrades.

Engine remapping is one of those things which can help you unlock your engine’s capacities and get more power. You can look for the best remap company near me to get your car’s engine remapped. This would allow you to take your car to the next level if you want to achieve land speed records. 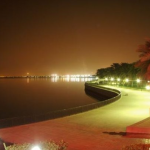 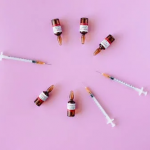