Music is power; People already had this awareness in ancient times. Even if the prevailing view at the time was that the musical effect on people was so great that it had to be politically controlled, the fact remains that music is powerful because it is a universal language that arouses feelings and can therefore be used in a targeted manner. Today’s society uses this phenomenon as a remedy in many areas: in education, for example, or in various areas of therapeutic medicine.

The influence of music on the body

Music has an influence on numerous physical processes in the body: It changes the heartbeat, influences breathing rate and blood pressure and affects muscle tension and hormone balance. Music can inspire you, make you happy, calm, relax, bring back memories and even relieve pain. The reason for this lies in the natural reaction to musical sounds which, in suitable harmony, affect the limbic system – precisely where emotions arise. This is also where the sensation of pain develops, which is suppressed by the release of pain-controlling beta-endorphins; for example with soft, calm or happy sounds. These promote the release of nor epinephrine, which in turn counteracts the stress hormone cortisol. Modern neuroscientist research recently demonstrated in imaging processes: “Goosebumps”, for example, arise when particularly intensely experienced hearing moments in the mesolimbic system – the so-called nucleus encumbers, also known as the “reward system” – trigger a veritable flood of endorphins.

Music as a remedy: the use of music in medicine

Consequently, music is used specifically in medicine nowadays. In particular for therapeutic measures in psychiatry or in pain therapy, but also in the rehabilitation of stroke or Alzheimer’s patients. In the treatment of psychosomatic symptoms in particular, considerable success can be achieved with the help of the emotional effect of music. The influence of music on communication skills can help, because music enables us to express our thoughts and feelings, even without words. For this reason there are now a number of universities that offer music therapy in the master’s degree. Among other things, it is investigated to what extent music helps to get in contact with patients who have particularly difficult challenges. This is the case, for example, with autism, but also with coma patients or patients who have lost their ability to speak due to a traumatic brain injury.

It has been proven that through music, but especially through making music, new networks of nerve cells in the brain are formed. These are retained for a lifetime. In the case of professional musicians, intensive music-making affects their brain structure: the bar, the so-called corpus callosum, which connects both halves of the brain and causes coordination and interaction, is much more stable. Scientific studies show that the region in our memory in which music is stored remains intact comparatively longer than in the regions that are responsible, for example, for the autobiographical memory. It is precisely this ability that music therapists use, for example, in Alzheimer’s patients who, despite their illness, can remember songs and melodies from their past and sing them flawlessly – even if they have not heard them for decades.

Despite all the proven positive effects on the state of mind, mood and health, the effect of music on human intelligence is controversial. An experiment by the American psychologist Frances Rauscher from the nineties, known as the “Mozart Effect”, shows that students who listened to Mozart’s sonata for two pianos for ten minutes scored significantly better in the immediately following intelligence test compared to the students who have not heard this piece before. But this effect was refuted in other studies or led to different results. Because not only the type of music is decisive for its influence on our emotions and performance; A Mozart symphony, in which virtuoso sound sequences alternate in orchestral harmony, for example, has a completely different effect than a heavy metal song with hard beats and electric guitar rock. Also, not all people are equally open and receptive to music, as experience in therapeutic medicine shows. The cognitive scientist Stephen Pinker once described music as “acoustic cheese cake”, so not a necessity, but an extremely pleasant additional offer. However, it turns out that the right music in the right use can achieve a lot. So let’s continue to enjoy the beautiful sides of music – and let its different types affect us, regardless of whether it is pop songs, hard rock or classical music. 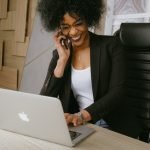 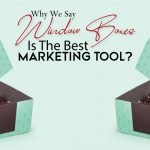