Southampton is home to the region’s best venues and concert halls. It’s famous as the cruise capital of Northern Europe with a cosmopolitan environment nurtured through years of international trade.

This city is known to be one of the UK’s leading ports and hence has a huge demand for cruise transfers. It’s also popular due to its lively atmosphere, medieval buildings, shopping centers, entertainment activities, marinas, nightlife, and culture.

Most people come here to travel while some even move in permanently due to its rich culture, fascinating history, and lots of attractions such as its harbor, cafes, restaurants, bars, and numerous leisure activities.

Southampton has a rich history. It has witnessed the Mayflower leaving for the New World, the unfortunate voyage of the Titanic, the manufacturing process of the first-ever submarine, and the construction of fighter planes.

The city still celebrates its nautical tradition by hosting prestigious maritime events along with attracting people from all over the world to come and see the wide range of colourful crafts on Southampton waters.

Nowadays, Southampton is famous for its port—the main hub for the world’s popular cruise liners with luxurious cruises floating through the city’s skyline during all hours of the day.

Whether you’re a fan of UK art galleries or love catching a stellar musical, Southampton should be your go-to place. The city is a hub for the world’s best concert halls and theatres. It has three stunning art galleries and two breathtaking theatres.

The following are some of the must-visit places in Southampton.

This old town has a vibrant vibe like its historic identity. The architecture is a mix of designs, some dating back to the 12th century, along with contemporary design and Victorian architecture.

Southampton’s Old Town is covered with long borders of medieval town walls on all three sides.

This city will always be remembered with the unfortunate RMS Titanic that sailed back in 1912. People visit its memorials and other related points that lead back to this interesting yet tragic story.

Sea City Museum is placed at the heart of Southampton and displays the city’s history and its connection with the sea.

Here you’ll listen to different versions of the Titanic story while witnessing the sights of Southampton in 1912.

This magnificent Art Gallery includes 5,000 art pieces over six centuries of European culture dating back from the Italian Renaissance to French Impressionism.

The best part is that entry is free and its 20th-century collection of British art is internationally renowned. This majestic Mayflower Theatre is in the heart of Southampton and is considered the biggest theatre in Southern England. It was established in 1928 and has been renovated many times.

It’s famous for its musicals, comedy acts, operatic productions, and ballet, along with evenings with celebrities.

If you’re a fan of football then you must visit St Mary’s Stadium that is the hub of Southampton F.C. Like the Mayflower Theatre, this stadium has also gone through major constructions during the years of 1999 till 2001.

Besides watching a football match, you may also take a tour of the stadium and watch the dressing rooms of the players, tunnel entrance, etc. This tour lasts around 1 to 2 hours. Since the city is famous for its harbour, it reflects in the wide array of international cuisine available at its restaurants.

Middle-Eastern, Mediterranean, Indian, American, Mexican and traditional British food are all is available at Southampton’s restaurants.

There’s an Oxford Street present deep inside the old city which is popular for its collection of eateries, cafes, and bars.

Besides that, Bedford Place offers an exciting dining experience like Oxford Street. It also consists of a few cafes, restaurants, and bars.

There are multiple cafes in Southampton according to individual tastes and budgets. Some of the most popular ones are: Go Comfort is a Southampton-based executive taxi service that aims to bring ease to business and private clients’ travel experiences. Their airport and cruise transfer services have made travelling relaxing and more comfortable with business executive chauffeurs and luxury taxis.

Contact them now for reservation or book them online and leave all your travelling worries to and from the airport to them. 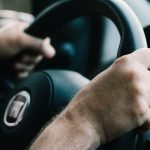 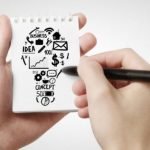