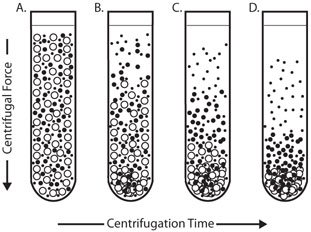 Isopycnic centrifugation is also known as equilibrium or buoyant separation. It is the process of separating particles or substances on the basis of their density. The sizes of particles can affect the rate at which particles move unless their density is the same as the surrounding gradient medium and the density of the medium has to be greater than the density of the particles that are to be separated. The technique is very powerful and can be used to separate different particles. While using isopycnic centrifugation, the particles can never sediment to the bottom of the tube regardless of the time.

Upon centrifugation, some particles of specific density sediment until their density is the same as the gradient media. Only then is the gradient said to be isopycnic and can the particles be separated according to their buoyancy. Isopycnic separation can vary significantly depending on the medium used because the density of the biological particles is sensitive to osmotic pressure of the gradient media.

The main function of a density gradient media is to separate particles. For isopycnic centrifugation, it is needed mostly for maximum density. There is no compound which can possess all the traits required from a density gradient and thus, different gradient media are used for different samples. Still, most media can produce the density required and are easily removed from the particles.

You could be wondering and searching on sites such as MyBioSurce.com for the best density gradient media. Here are some of the properties that you should look out for.

The effect of osmolality on biological particles has to be given special consideration. High osmolality solutions remove water from the interior membrane-bound particles. They also remove water from macromolecules. Loss of water can reduce the size of cells and increase their density. This can affect the cell’s rate of sedimentation and buoyancy. The osmotic effects can be reversed although the possibility of an error should be avoided. 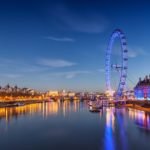 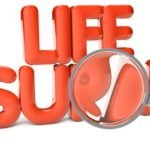