The Internet of Things (IoT) revolution is transforming virtually all industry verticals and creating unprecedented requirements for connectivity. Among the many technologies that are currently being developed and adopted around the world to support the large-scale deployment of IoT applications is the embedded SIM. But just like all technological advancements, the eSIM is perceived both as an opportunity and as a threat.

What Is the eSIM?

eSIM, the SIM card’s successor can be surface-mounted directly into the device. Just like the traditional SIM, it holds all the credentials needed to connect to a mobile network. There are two main things that make the eSIM especially suitable for IoT applications: its size and its convenient, immediate connectivity anywhere, states eSIM provider, Workz Group.

Even though the traditional SIM has lost a lot of weight over the years, it’s still much larger than it really needs to be due to backward compatibility. Because the eSIM isn’t a removable card, it can be embedded within the device and take virtually no space at all, making it possible for device manufacturers to create smaller, lighter devices.

The software available on the eSIM allows the user to change mobile network operators Over-The-Air as per their preference thus removing the barriers of a physical SIM card. The process of enabling, disabling, adding and deleting an operator’s data (that is needed to connect to their network) on a device is called remote SIM provisioning.

According to Markets and Markets, the eSIM market is forecast to be valued at nearly $1 billion by 2023, growing at a rate of 31 per cent between 2018 and 2023. eSIM technology is already in use in many consumer and enterprise deployments, including smartphones, wearables, smart meters, surveillance cameras, and connected vehicles, just to give a few examples.

Major smartphone vendors, including Apple, Google, Huawei and Samsung, have already introduced multiple products with eSIM connectivity. Their reasons for integrating eSIM technology into their devices include everything from the ability to connect more devices, to the availability of a much smaller component compared to traditional SIM cards, to better security.

Although the number of IoT devices is expected to reach 18 billion by 2022, a mobility report by Ericsson said that 90 per cent of consumers does not trust the security offered by devices. Because the eSIM is directly responsible for IoT connectivity, it’s only natural that its security is a highly discussed topic among the general public and mobile network operators alike.

The eSIM, just like its predecessor, the SIM card, is required to follow certain guidelines to ensure its security. The failure to comply with these guidelines will result in a weak framework presenting an opportunity for a SIM data breach. In January 2019, the Identity Theft Resource Center (ITRC) tracked 90 breaches that exposed nearly 400,000 records of financial and medical information caused by hacking, web/internet exposure and unauthorised account access. The good news is that the GSMA (Global System for Mobile Communications), a trade body that represents the interests of all parties in the telecoms industry worldwide, is addressing the issue with its security certification for eSIMs.

This certification guarantees enhanced security with the eSIM throughout its lifecycle from production to the Over-The-Air data transmission. It acts as a standard which ensures that certified eSIM services are produced and managed with a high level of security. This certification forms a ‘chain of trust’ between all concerned parties from the device manufacturer, mobile network operator, and service provider to the user. Providers around the world see this standard as an essential element in delivering eSIM technology securely, to a universal standard that ensures compatibility.

Another reason to pick an eSIM over a traditional SIM card is that since the embedded SIM is soldered directly on the device, the risk caused by shock, impact, corrosion and physical tampering is significantly reduced, therefore decreasing the likelihood of improper use of the SIM.

eSIM technology presents many exciting opportunities for those who see its potential. eSIM provider, Workz encourages mobile network operators to partner only with an accredited eSIM supplier, committed to delivering the utmost level of security in this IoT era. 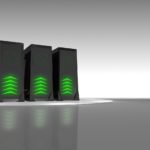 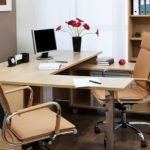