What if someone from the last century is resurrected? And brought to this advanced world? Ever wondered what would be their reaction to see the overwhelming innovations around? they would be totally bewildered! From the fancy cars and jets to massive networks installed in workplaces, virtually connecting them, to Frontier Internet plans providing whopping speeds, everything will be a huge surprise for them! Technology has come a long way and there is no doubt about it.

In networking, network engineers are planning the infrastructure of the next generation. There’s a lot in the pipeline for the networks of the next-generation. Tag along to have a look at some of the coolest under-research projects in networking world right now. Let’s see how they will impact the technology-driven world. They will also impact future careers and network designs.

Have you heard of the wireless signals being “backscattered”? In wireless communications, network researchers are working hard. They are on the verge of opening new doors in the world of Wi-Fi. They are trying to re-use the existing signals of radio frequency. Instead of generating the new ones. These devices do not generate radio signals on their own. Therefore, they also don’t require any energy for operation. Imagine the possibilities. You will be able to use wireless signals in networking. And access to power is almost non-existent or very limited. The possibilities for this technology are tremendous!

Network researchers in 4D technologies are already working on an evolved internet architecture. This one has to be a realistic take on it. The XIA or eXpressive Internet Architecture project aims to build a single network. It is capable of supporting communication between the current principals of communication. This includes content, hosts, and services. And this also includes accommodating the unknown entities in the future.

You can call it a brand new one-size-that-fits-all system for network communications. It will go with the ad hoc and convoluted mechanisms on which the current networks rely. XIA will focus on providing better security than the existing standards are providing.

The 4D network research project has quite an ambitious goal. 4D refers to four main network planes. They are discovery, decision, dissemination, and data. It is to replace the IP (Internet Protocol) as the new basis for networking.

It is easy to complain about the complexities and inefficiencies, which plague the IP. That’s the result of the networking apps, which are grafted on to it. These apps were almost inconceivable decades ago when this protocol came into being. So, the researchers are now examining how to improve it. They are particularly focusing on security. It is one of the biggest weakness of IP technology.

Quantum computing is not network-related strictly. But for practical applications, it is fast becoming quite a realistic prospect. However, a few Physics’ laws still stand in the way of this huge milestone. Imagine unlocking the computational speed that is unfathomable. Quantum hardware is bound to deliver it. Google is among many others, which are heavily investing in quantum research. It’s probably a matter of time now. And then humanity finds its way to unlock the secrets to fast micro-processing.

Diamond is smaller than the silicon wafers. Also, it is a better conductor of electrons and is 20 times more efficient at displacing heat. Diamond is already an effective ingredient in building new generations of various devices. The new diamond-based technology of hardware technology will also be cost-effective.

Time cloaking is aiming to track gaps between the photons and create “time bubbles”. If it works, the information encoding within those gaps will be easy. And fiber optics and laser lights will transmit it. The real deal here is not about communication with light. Because that solution is already the basis of the modern infrastructure of networking. The actual excitement is about its ability to concealing data. With this, it will become impossible to even detect that any message was even sent.

Currently, it remains to be experimental stuff. Just like Frontier customer support enlightens to experiment internet speeds with fiber internet. They may make them more than 1 Gig. Time cloaking technology promises an incredible level of privacy and security. That is if it is developed and implemented in network communications. 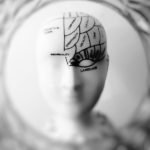 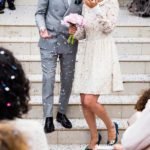