Prenuptial agreements, or prenups, have long been a symbol of distrust among partners. Why would you prepare for the worst when you intend to spend the rest of your life with your? Obviously, there’s a lot more to it than meets the eye. Millennials don’t see marriage through naively romantic lenses. Giving security to your financial future is something you have to consider before sharing all of your assets with someone else. Here are some reasons millennials don’t mind signing prenups.

Millennial couples aren’t marrying like their parents before them. They tend to wait a lot longer before they decide to make it official. The median age of marriage has been steadily rising for the past couple of decades and for good reasons. Many couples find that they don’t feel financially stable enough to get married and have children at an early age. Instead, they opt to wait until they are absolutely sure that they can handle the responsibilities that come with it.

As a result, they’re entering marriage with a lot more wisdom and care than they normally would. The later they get married, the more financial assets they bring with them and these assets need to be protected.

Prenups weren’t always a topic of discussion for most couples looking into getting married. They used to be reserved for the rich and famous because they wanted to protect their family business and monetary interests. Bringing these assets into a marriage without a contract to protect them would be considered a big risk for their families.

Today, the focus has shifted in a different direction. Young couples don’t want to be tied to each other financially because they wish to pursue careers as entrepreneurs. Starting your own business is a growing trend among the young and ambitious, who want to come up with the next big trend that will change the world. Start-up businesses require significant investments and capital, which millennials don’t want to lose in a potential divorce. If a separation could cost them their dream, it’s simply not worth getting married at all.

Another way that prenups are being utilized by younger generations is to give security to their businesses and assets. It’s not that they want to protect their assets from each other, but rather they want to protect them from the local inheritance laws of their country or state. You see, the laws that determine ownership of a company once a married couple split may vary from state to state. It’s a lot more sensible for them to decide who gets what in the event of a divorce, instead of the government deciding in their place.

Divorces can be pretty hectic if you and your spouse share financial assets. Without a pre-determined agreement, you can end up fighting court battle after court battle for the simplest things. The laws in Australia regarding separation during a divorce are complex for a reason. They want both parties to get their fair share, even if determining what that is can take away years of your time in a courtroom.

Even with the help of a prenup, it’s impossible for a couple to avoid total litigation. For example, Australian law doesn’t allow every aspect of the divorce to be handled by a prenup. Things like child support and custody can’t always be regulated in advance. There are more factors to consider before the court can make its decision. Spouses might need help from family lawyers Northern Beaches in order to improve their chances of getting what they deserve during the divorce. Even so, a prenup does significantly reduce the amount of time the divorcees will spend in a courtroom.

There’s a huge economic shift between old and new generations. A long while ago, one spouse worked while the other one took care of the kids. Nowadays, both partners aspire towards careers and they don’t intend to slow or settle down just yet. Young people want to realize their full potential, whether or not their partners come along for the ride.

Many of these millennials are children of divorced parents, which is why they have a realistic view of how marriage works. Sometimes, things just don’t work out and you go your separate ways. There’s no reason your dreams and ambitions should suffer simply because you tied yourself down with someone else. Since both partners are aware of this, there is very little hesitation when crafting a prenup for the marriage.

There’s nothing particularly wrong with crafting a prenuptial agreement. It’s not something that has to be seen as a sign of distrust. Instead, it’s a way to secure one’s financial assets while also giving more autonomy to their partner. Millennials know that lots of marriages end up not working out and that this is just a part of life. There’s no reason to risk your financial future on a whim. 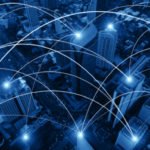 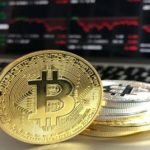