No matter where you are, you can start making money instantly. Gone are the days when the elitist and complicated digital money markets put restrictions on who and who could not enter the market. All that has changed. Now easily send, receive, spend and even make more ETN coins. Just download the app and you’re in!

When you download the app you can start mining your first Electroneum (ETN) coins right into your wallet in minutes. Users can earn a handful of ETN coins per month for just being part of the Electroneum community, enabling Electroneum to become the largest cryptocurrency in the world!

The app manages your digital wallet, but you can also mine more value out of cryptocurrencies by using Windows, Mac and Linux CPU mining software on your computer, laptop or whatever device you use. That translates to more ETN in your wallet.

It’s easier and faster to make money with this cryptocurrency than ever before. ETN offers a mobile mining experience that helps you earn more coins, and no one does it better than this cryptocurrency on mobile. So, if you’re looking for a secure service get Cox Internet and enjoy all the benefits that a great connection has to offer.

The moment the funds come into your wallet, you can exchange Electroneum for Bitcoin, Ethereum, US dollars or any other real world or cryptocurrency of your choice, anytime, anywhere. So, if you want to be part of the largest cryptocurrency community in the market, get Electroneum, now!

All cryptocurrencies start with an Initial Coin Offering (ICO) or Token Sale. With over 120,000 people investing, raising $40m bringing the token sale to a close two weeks early due to overwhelming demand Electroneum is the most successful cryptocurrency crowdfunding event in the world!

However, the flip side is the asset’s price is low, as niche trading has kept the asset from rising above the December peak of $0.20, hovering around $0.07, despite promotion from John McAfee. But the problem is ETN is still comparatively undiscovered because of low-volume trading on the Cryptopia exchange.

Although ETN will finally acquire the long-awaited mobile mining, the process would be simulated. That means you cannot use the phone’s processor for cryptographic work, instead you’ll be awarded coins based on a calculation of the processor’s power.

Test users mined the coin for a few weeks where they received a reward and did not have their balances returned to zero.

ETN suffered at the Cryptopia exchange with some transfers, as the exchange couldn’t handle the sudden increase in trading load. With the aim of creating a “British cryptocurrency”, Electroneum met with some glitches and faced the challenge of securing agreements with mobile operators. Electroneum trades against Bitcoin and DogeCoin.

ETN uses the CryptoNote mining algorithm, which had some glitches with deposits and withdrawals due to the anonymous nature of the coin. But now it is hoped that the cryptocurrency might be traded on Binance or another large exchange. Nothing is confirmed yet.

According to data, ETN is already mined by up to 10,000 users. But the coin remains a niche cryptocurrency with months or years to get established.

Mass adoption doesn’t just mean people can access your currency, it must have utility too. Electroneum aims for 10s or even 100s of millions of users, the cryptocurrency has signed agreements giving access to over 100m smartphone users via mobile operators. It is also the first cryptocurrency to acquire GSMA membership as a strategy to expand in this sector.

Allowing Users to Spend Their Currency

The moment you get Electroneum in your wallet you’ll want to spend it for the first time. That’s the first part of the partnerships with mobile operators. The second part is the partners have agreed to accept Electroneum as payment from their customers, and it is in negotiation with global brands to add the cryptocurrency to the list of “ways to pay”.

By making Electroneum available to millions globally, and allowing people to spend it, ETN is poised to take cryptocurrency further than it has ever gone before. 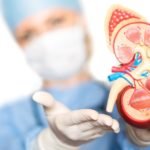 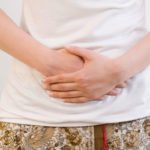