A logo derives its meaning from the standard of the thing it symbolizes, not the other way around. Before a concept is used as a logo or a trademark, it is simply an abstract form or an image. It is an empty vessel from day one, and it is by affiliation with an entity, a company, a commodity, or an individual that it achieves some significance. You will see and experience everything that a brand stands for only by taking a look at the brand logo, or even inadvertently. Freelance Bazar has provided a deep insight into the five characteristics of successful logos. Let us just delve into each one of these in more depth.

The main purpose of the logo is to distinguish. The logo is regularly used by the company, and customers would automatically be able to recognize the brand with a simple glance at the logo. There are a fair number of logo designs that have been used for decades. Some look dated, but some of them are timeless. It is the logo designs that have kept up to date that we should learn a lot from.

Why should logo designs be simple?

If you want to look at the logos of the top greatest profitable companies in the world, you will find that they all have simple logos. There are a few exceptional cases, but most use only one or two shades, as well as basic forms and textures. Also, if you look at the before and after contrast of businesses that have updated their brand logos over the years, you can find that in any single case, the logos have been more streamlined and polished over time. A design that is intricate, interesting, or enigmatic, holds a self-destructive function. No amount of literal illustration is going to do what other people think it is going to do. This would make the recognition more complicated and the message more elusive. In the first place, a logo tells who not what, and it is purpose. I would like to bring out that simplicity is not minimal. Yeah, it can be condensed further down, but it indicates that minimal is not necessarily sufficient and that the logo itself incorporates a reasonably basic concept.

A logo design should be memorable…..

Memorability means that you need to focus on creating a logo that people recall. Next, people recall basic forms better. Again, this is a core explanation of why the logo should be easy. If the logo is distinguished, it can also help with memorability. Understanding the competitive environment would help you to build a logo that not only stands out from the crowd but will also be remembered. When it comes to memorability, color plays a critical role in the identification of the personality of a company. Give some unique element to every logo so that people can remember you for your logo design service. Build a logo that history will remember!

Develop an effective logo…make it scalable!

When designing your logo, keep in mind you zoom in and out to ensure that your logo is readable in smaller sizes. It is also a safe idea to test the logo on mock-ups, to ensure that even small implementations in real-life work well and are still legible and visible from a distance. It is important to remember that logos are no longer static objects. There are items like corporate identification schemes today, where businesses have a range of distinctive logos, rather than having a single logo.

Good logo creation can work well in a wide variety of contexts. This means that the emblem is easily visible and that it appears better no matter the scale of the region in which it is displayed or the color or substance on which it is placed. Be effective in logo design service. One way to do this is to provide several setups known as ‘lockups.’ So, for example, if the logo is a symbol with a supporting wordmark, you could have a version with a symbol on the left, and another one with a symbol on the top.

Differentiating one brand from the other…To stand out!

The logo design has to be distinct to distinguish and classify one organization from another. It has to be instantly visible because it doesn’t appear like something else in the landscape in which it is seen. As we speak about differentiation, it is important to note that the logo is a little element of the overall brand identity, so you do not have to construct anything unique with the logo on your own. It also has to be special enough when opposed to a similar rival. You need to stand out among your competitors in terms of logo design services. 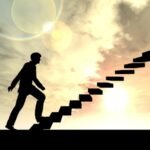 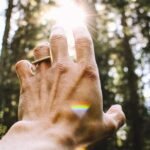