In the rise of online shopping and retail services comes the booming growth of the shipping industry. According to Reuters on its article in 2014, the anticipation to the shipping boom had been expected, with the rise of prices of new and second-hand ships. This is partly because almost all the things you need or can imagine buying can already be found online.  After nearly four years, the shipping industry is finally back, and with its come back, it introduces a new tech that makes it easier for everyone to transport almost anything you can imagine: cold chain shipping.

Cold chain, or cold chain shipping, is a kind of transportation which uses temperature-controlled packages to maintain a product, or the product inside a package in the range of temperature. Think of it as mobile refrigerators which can be transported in other places while letting what’s inside stay cool. Unlike other types of packages, cold chain packages will be transported directly to its end-user because the usual items contained are perishable goods. The typical cargos inside a cold chain are fresh agricultural produce, frozen food, chemicals and pharmaceutical products that needs refrigerating.

There have been efforts of cooking early packages since the 1990s to 2000s. The most common method back then was adding insulation systems to the packages which are made of polystyrene and polyurethane, or commonly known as styrofoam. Inside the styrofoams are packs of water-based gel packs or dry ice and this method can only be used to sustain short-haul shipments between +2C and +8C. During the mid-2000s, the technology used was called the phase change materials or PCMs. PCMs can maintain its temperature from as low as -35C to as high as +25C. The tech was maintained by using phase change materials to absorb the thermal energy released by the packaged material. Phase change materials include paraffin wax, non-paraffin organics, hydrated salts, and metals.

Cold chain shipping has two ways to achieve: evaporative cooling and liquid nitrogen. Of course, there’s a  lot of more science-ey stuff, but let’s talk first about the evaporative cooling. Evaporative cooling uses containers with water. When the water containers are pierced, the water is evaporated to absorb heat. Without the heat, the package remains cool and can be remained cooled for as long as a week. However, this method does not perform well in cold temperatures. This con is canceled out by the convenience and handling of the package. There is no pre-conditioning needed to store the package.

The other one is by liquid nitrogen, which is used for packages that contain live tissues from microorganisms, plants, or animals. This is more complicated than the evaporative cooling because it requires additional monitoring, but it can keep the package in as cold as -196C, which keep the cells alive. DNA samples, blood bags, and organs for surgery are the usually transported through this method. However, this method is more dangerous and can hurt the handler if contained improperly. There are two types of procedures that can be done: the “dry shipper” and the “wet shipper.” In layman’s term, the dry shipper has an extra case that absorbs leaks while being monitored by a data logger. The wet shipper uses cases that don’t have an absorbent pad, making them less safe. This method is only used for short distance package shipping.

Cold chain shipping is not readily available for a lot of people yet. Partly because there’s a lot of processes involved before shipping your item, and partly because the transport method is expensive. However, for those who want to make sure that their perishable goods will be delivered on time and in good condition, cold chain shipping should be the option they would have to choose.

As of now, PCM and vacuum insulated panels are still the most used cold transportation method. In the coming years, the technology behind cold chain shipping will be further enhanced. Soon enough, the limitations that it has right now will be removed. It is expected that more products which require temperature-control packaging will be readily available in the near future. It is expected that cold chain shipping will be readily available for anyone and will also be cheaper in the future. The speed of development will depend on demands on the shipping industry. 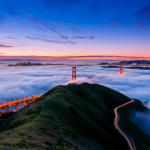