Over the past years, researchers and academics have increased their focus on disability and its relationship to the body. This has led to an expansion in perspectives, literature, cultural studies, social policy, philosophy, history, and sociology pertaining to disability. Recent studies in the field of disability have led to an understanding of the controversies and concerns commonly associated with disability. However, a number of heated debates and arguments have resulted from the same. The greatest emphasis among the interdisciplinary fields of disability is primarily the sociological perspective, since it has led to the development of the various researches  in case brief examples. Theoretical advancements and innovations have played a critical role in the study of the sociological aspects of disability. Disability studies have developed from the levels of engagement positions to rather than established figures. Disability as a field of research forms an introduction to a field that is ever expanding. The sociological perspective of disability examines the experience of disability and knowledge about those, who live with them. It is a field that covers the unending debates and issues that reflect the present experiences. The debate on disability has attracted many stakeholders. It has attracted people with and without disability and the people living with the disabled. In the recent past, social model of this disease has been the establishing feature, against which people living with disabilities have chosen the path to organise themselves. Social perspective of disability has also led to the promotion of disability rights, enhanced their span of control upon their own lives, as well as the ever-changing autonomy discourse around disability.

The issue of disability and body has raised a lot concern and scrutiny among the different individuals and groups. This is because disability does not only imply a bodily limitation to do something. There are many causes of disability that constitute both physical and social aspects of life. According to the Disabled People’s International, disability is loss or constraint of chances to take part in normal life of the community at an equal level with the rest of the community members because of bodily and social obstacles. The aspect of the physical dysfunction or inability to perform a set task due to the limitations in the body anatomy or organs is defined as impairment in this case. This means that the body effects are not the only cause of disability. Rather, those under the social problems that prevent them from undertaking certain tasks fall in the middle of the disability umbrella. This definition has resulted to differences between DPI and the World Health Organisation. The World Health Organisation has its own definition of the term “disability”. According to the WHO, disability is lack or restriction to perform the work in a normal manner, in the field of human beings as a result of impairment. These two definitions contradict, because the WHO emphasises on the physical rather than physiological and social side, as depicted in DPI’s definition. This is an implication that disability has nothing to do with the body.

There has been no relationship between disability study and the body sociology. One can regulate his social needs and desires, while those of the body are constant. Humans have little influence over what their bodies need in order to perform a set role. These two contradicting situations show that the two features counter each other in every way. Therefore, it is erroneous to equate the social being of humans to their body or physical being. Sociology influences the function of the body, but the body has little impact on sociology. This explains the reason that there are many disabled people who can work independently and do all their day-to-day duties. This group fits very well in the society. In doing so, they will get social and moral support that will make them feel no different from those without disabilities. If these people are not supported accordingly, they lack the will to do things and the personal faith that one needs to propel him/her.

There have been various incidents of people, whose organs are functioning properly and who have no physical effect, but cannot perform many tasks on their own. This is as a result of being socially disabled in a way that they lack the wit and the strength of mind to guide them on what to do. People, who are socially oppressed, always perform poorly. This is because this phenomenon implies that people and groups have a lot of experience on control, subordination, superiority, and dominance. This means that those, who possess the power, will have greater control and dominance, while those without control lack the control and dominance. The degree of superiority will depend upon the structured groups and hierarchies or regime of power. This is what makes some individuals have the power over others. Irrespective of political, religious character of the society, and economic factors, people with disabilities are vulnerable to negative social attitudes and oppression. This undermines their personhood, lowers their esteem and their status in the world. This leads to a massive setback in their lifestyles. There are competitions in all the societies between the dominant groups and the subordinate ones. This rift is what causes the social weakness of the group, resulting to its inability to achieve the expected tasks efficiently.

There is a difference in the society, where there is seclusion, and that, in which people live harmoniously. Those, who live harmoniously, will always succeed through interpersonal support. People living with deadly diseases, such as leprosy, are often secluded in their own area with the fear of infecting the healthy. The infected people live together in one place and with no fear or oppression between them. They offer one other moral and social support, and are known to succeed in many aspects in Bethany. These people have adapted to live a different life than those living among the healthy people or in towns as beggars. This is because those, living among the healthy ones, often get challenges arising from the oppression to being viewed as inferior. They end up losing hope in life, because of the notion that they are inferior to those, who are not infected. This shows that disability is not tied to the body only, but also to the thinking processes of humans.

People, who have given disability a chance in their life, end up begging and relying upon the mercy of the public for their survival. However, those living in Bethany have embraced the misfortune positively and have deduced means of carrying out their duties, so as to fullfill their needs. They have established their own culture, norms, and social welfare activities that make them feel contented with life without thinking of themselves as an inferior group. The distinction between the group in Bethany and the rest within the healthy group shows a clear difference between the body and social models of disability. It shows that disability is socially defined and integrated into the minds of the people. Staples reveal that disability entails the social aspect, rather than body or physical aspects. One may fail to be physically fit to perform a task, but with the social support, it becomes possible to carry out the task despite the bodily limitation. These people have even gone ahead to form their civil organisations that fight for their rights, not to go back to their native land, but rather receive equal recognition as the healthy majority.

There is no clear correlation between disease, impairment, handicap, and disability. One may fall sick, but still perform their duties as seen on the Bethany (India) case. One may also fall sick, get impairment, but the person remains abled. Johnston and Pollard conducted a study on disease effects of handicap, impairment, and disability. Their findings, just like those of former researchers, were that the correlation is different from that set by the WHO. The WHO in the international version of the classification of the three aspects proposes them as the consequences of illness and further gives the relationship values of the three pertaining common serious ailments. However, this has led to the wrong judgment by the individuals, who misjudge sick people’s results as a result of the misleading facts. This poses the danger of oppression and seclusion of people suffering from certain ailments even in cases that are not justifiable. Johnston and Pollard noted that one may be impaired, but neither handicapped nor disabled. The WHO model should, therefore, be amended, so as to clear the misleading features in their model. It should also be on the front line to safeguard the rights of the sick and to ensure that they get both medical and social support.

A person suffering from stroke can still carry out his duties, as long as he has an assistant, who is assigned to help in exercising his body. The bodies of the victims get used with time and from there they adapt. Therefore, being disabled is something different from being handicapped despite the little correlation in particular cases. Those suffering from a disease do not necessarily succumb to these misfortunes, but their chances may be raised, if they receive social and moral support. This is what has accelerated wrangles between the WHO and DPI.

The disabled have been subjected to social discrimination. The social aspect of disability should cover a wide area starting with interaction, transport facilities, and all through to financial support. The disabled are subjected in one way or another to these discriminations either partly or fully. Through the disability theory we understand about the best approaches to disability, where there are explained cases of political activists with disability. These people have the vocal strength and power just like other politicians. This means for most people, who are emotionally strong to cope with the situation, they end up performing better in the society. Those, who receive social, material, and emotional support, can even work to greater heights, such as those of fighting for rights of their counterparts.

There are different views and methods pertaining disability. There are many cases, where the arguments are pro to body effect being the cause of disability. However, according to the researches from many scholars, as seen earlier, social ways and changes in interaction mode may lead to the worst disability. We have seen various cases, such as India, where people suffering from deadly diseases embrace positively the social seclusion that they face. They have succeeded a great deal, unlike their counterparts who have persevered the rejection and avoidance due to fear of seclusion by close allies. This shows that disability goes beyond physical impairment. If one is impaired physically, but receives ample social support, that can transform his life, as he recovers back to the situation he was in previously. 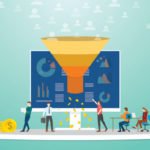 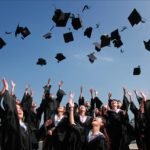