It is a big deal in India to get a ‘Sarkari Naukri.’ The lucrative perks attached to a government job make it highly desirable among people. Yet some myths are linked to the government jobs which misguide people. It projects an image of a government job which is not valid, wholly or partially. Some of these myths are:

It is the most popular myth about a government job which attracts several applicants. The salary of each government employee depends upon the level of responsibilities and job position. Someone who is not at an elevated post is not paid as much as an officer. Every post has an adequate compensatory salary attached to it.

Fixed working hours is one of the biggest motivators for people to opt for government jobs. People think overtime is a concept only for private jobs are not for the public ones, which is not real. Apart from the given 10 am to 6:30 pm working hours for government employees, Sarkari Results also demands extra working hours. It is exercised when the workload is high, especially for the superiors.

Several perks come along with a Sarkari Naukri, and this is one of them. It is partly true and partly false. There is job security provided by the employee who works efficiently. If he is found to be involved in illegal activities or unable to cope up with the responsibilities given to him, he can be demoted or terminated from service. Job performance needs up-gradation for retaining a government job.

People often think that Government employees are not held accountable for their actions which is neither right nor correct to assume. Every employee, be it in the private or public sector, is held responsible to his seniors. Any wrong action taken by him brings about serious consequences which are finalized by the seniors or a select committee after a hearing.

Most officers are guilty of believing that a Sarkari job does not have work stress attached to it. The only effort put into a job position by an employee is at the time of getting it. The remaining period of the job is relaxing. However, this is not the case. Some officials are responsible for making sure that the government employees are carrying out their responsibilities on time.

We have spent years joking about how a government office is lower than a snail in carrying out its operation. The real picture is out of the eyes of the common public. Every government department has a specific procedure to follow and legal formalities to fulfill. The rules and regulations regarding transparency of actions and accountability are imposed on all Government employees. It might have increased the time for an operation, but the speed is not slow.

Employees in the private sectors are given specific targets to meet in a stipulated period. In the same way, government employees also have goals to achieve. The most common example is of the banking sector. A bank manager has a set of targets which he distributes among the employees.

It was when the government officials would walk into the office at a time of their own will. The rules surrounding office hours have become very strict for every employee now. They must be in the office and start working at the given time anyhow.

These are some myths surrounding a government job. Most of us are guilty of believing them to be true. Now we know how wrong we were. 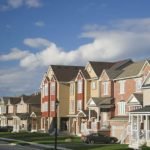 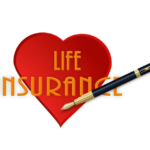