The purpose of this research is to estimate the condition of health of the homeless and their right to access healthcare like any other social group. This research definitely seeks to compare the distribution of diabetes, tuberculosis, asthma, the frustration of mentality, sexually transmitted diseases, and hepatitis among the homeless. The findings collected from scientific and medical researchers have proven that in legal terms homeless people are treated fairly. There are some common features between public clinics and clinics for the homeless. However, the homeless have revealed statistically considerable results for the diagnosed cases of hepatitis, tuberculosis, and bipolar disorder.

The distribution of diabetes, breast cancer, asthma, and depression were similar among the homeless population. However, it is obvious that the relationship among hepatitis, tuberculosis, sexually transmitted diseases, bipolar disorder and depression, which the homeless can bear, can threaten other people around them. As a matter of fact, there is a high risk of transmitting these diseases to others. The question today is whether the government is eligible to propose new measures for the homeless or whether they should keep using free medical clinics. The previous investigations showed that the clients of free clinics had worse health conditions than the general population. This research is intended to promote improvement of the health system and ensure access to the necessary medical care for the homeless.

In the early 1980s, the USA testified mass homelessness for the first time since the Great Depression. The Systems of Support, which were developed to satisfy the requirements for the survival of the poor, elderly, and Americans with limited opportunities, included programs as Medical Aid, Public Housing Construction and Welfare. Nevertheless, they did not satisfy the needs of those who became homeless. Some factors partially explain this failure:

· limitations of the law;

· bureaucratic barriers of complexity and inconsistent procedures of definition of acceptability;

In response to the collapse of these main programs of social protection, new measures to satisfy the needs of the most vulnerable Americans and relieve them from poverty were proposed. The Stewart B. McKinney Act and other documents were integral parts of this process. While the issue of homelessness among the Americans is still obvious, the number of programs is to be increased. National Healthcare for Homeless Council is a great part of this industry. It spends about $2.5 billion of federal funds every year on the issues related to homelessness.

Mental diseases and abuse of psychoactive agents are two major factors related to homelessness in the United States. Nearly from one third to a half of the homeless population has chronic diseases. Their rate of mortality is three times higher than that of persons with houses. As a result of these factors, homeless persons have higher rates of hospitalization and urgency than the general population.

For ensuring multidisciplinary approach to delivery of health care for the homeless, Stewart B. McKinney Homeless Assistance Act was accepted in 1987. This legislation provides financing of education, food and shelter, and temporary and constant accommodation. Part of financing of healthcare for the homeless was established at the national level. The program combines aggressive explanatory work with the integrated systems, protection of clients, primary medical care, and mental health care services.

Now there exists 186 GHG grantees in almost 50 States, including the District of Columbia and Puerto Rico. In 2006, the Congress appropriated $158 million for the support of GHG of programs. In 2005, 196 GHG grantees moved more than 650 000 men, women and children. 38% of recipients were black, 36% there were white, and 22% – Spaniard or Latin American, 71% had no health insurance, and 92% lived at or below the federal level of poverty.

Providing free health care to the homeless, many of which are veterans who served during wars, is correct and is the only way. Such programs also protect other parts of the population, not limited to the sick. It is a responsible task for the USA to provide regular care of various socially challenged groups. These people have no stable house and it will probably be difficult for them to gain access to healthy food. If one expects that they can leave streets and become fully capable members of society, than they need to be tests and treated for diseases. However, they are in a rough situation and cannot receive appropriate treatment.

The USA has to provide free medical care to all citizens. The fact that this country is the only industrialized country without presence of national health care is rather shameful. There is no reason why all have to have a choice between healthcare and food on the table. Americans need a uniform healthcare system. The government, as the highest servant of all citizens, is responsible for providing everyone with equal services. Every citizen of the country deserves to lead a healthy life. Yet, the homeless really need extra treatment and training, which can be useful in future for the whole country.

Thus, the government has to provide universal insurance protection and medical care to everyone in the country. It is not only those who own houses that have the right to go to medical institutions and be treated without a question of whether they can afford it. The state system of healthcare is the only way to reduce the costs of short-term and long-term care for the needy.

If the article was cognitive for you, proceed to read other articles on ORDER-ESSAY.ORG. Most of the articles are written by Jessica Chamilton, a professional writer. 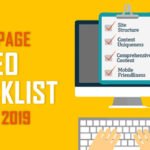 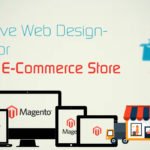