Among an increasingly divided political landscape, there are those reaching across the aisle to try to bridge the differences and close the chasm that has opened between the left and right.

As the bases for the two major political parties in the U.S. have become more radicalized and further from the centrist ideology that ran the country for so long, the politicians that represent these bases are pulling away from the aisle, as well. It is becoming more and more likely that every congressional vote, executive order, and committee decision will be split firmly down party lines and will align firmly with party platform. You’ve seen Senators vow to do everything in their power to prevent presidents from enacting their congressional duties and even state-level legislatures make backroom attempts at stripping power from elected officials from “the other” party.

These divisive actions have filtered their way down to the general public, as well. Protest groups and marchers are out in force every time a decision is made or debated at any level of government. Social media platforms see divisive attacks against the different-minded every day. It is easy to see all of this and think that this society is destined for ruin and that there is no coming back from the divide.

There are groups, however, that seek to change this tide of disagreement and to get the country back to a place where unity, logic, and centrist political can once again become the norm.

A group of prominent Republicans started this group in 2019 with a single focus. That aim was to restore faithfulness to the constitution above all else. This group rose largely in response to President Donald Trump and what they considered as his tendency to shirk his fidelity to the constitution.

As a Political Action Committee (PAC), members of the Lincoln project have raised funds, created campaign material, and built a library of content and other resources. Their aim in these efforts has been to help educate the public and largely the Republican voter base, about their mission.

This is a group that states in its mission statement that they are dedicated to defeating candidates who have abandoned their constitutional oaths. They go on to recommend electing Democratic candidates when constitutionally responsible Republicans aren’t available.

No Labels is an organization built to affect the political world. They believe that partisan politics has driven our government to a place where, instead of working to serve the people they represent, they work only to destroy one another and maintain power at all costs.

One of the older groups in this arena, No Labels began in 2010 as a response to the upending effects of the housing market crash and resulting economic crisis. Republican and Democratic political players came together to form No Labels and started recruiting from within Congress.

One of the major impacts made by No Labels was the formation of the Problem Solvers Caucus within Congress. This independent group of 48 congressmen and women has since been the driving force behind many negotiations between the parties and the houses of government. They’ve helped pass key laws and close important deals.

No labels continue to work behind the scenes and behind closed doors to support those politicians willing to step away from their extreme party members and back toward the center, where the work of government is done for the people. They also launched several election campaigns ahead of the 2020 election cycle helping voters find the candidates that will work toward solving problems and not just turning Washington red or blue.

More In Common goes beyond U.S. borders. It is an international initiative established in 2017 that works outside of the political arena to bring people together. They have launched countless initiatives aimed at building unity through research, story-telling, and training programs built for organizational change.

One of their aims is to fight back against the divisive media outlets publishing stories that promote division to increase ratings. They believe and work to communicate the idea that even those with opposing viewpoints in fact have more in common than not.

In years to come, groups like these hope to help drown out some of the division that bombards your life every day. They hope to remind every citizen that united is better than divided.

Visit these or other groups like them to see how you can get involved to help bridge the gap between the parties and ideologies. Do your part to get our government back to a place where everyone works together to solve problems and pass legislation that moves the country forward together rather than simply further apart. 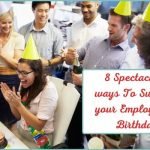 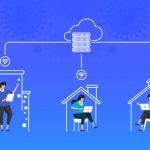