Judo is a powerful sport and popular martial art. People used to play judo after wearing a judo belt. Grades have been provided to belts these using different colors that indicate the level of expertise of the judo players.

The use of colors is the most interesting fact about judo belts. Almost all the people who have drawn into judo thought of having a black colored judo belt. However, Judo belts come in a variety of colors. There is a change in the grading system from national association to association based on different colors.

The purpose of the judo grades is a clear indication of the level of efficiency of the judo player and this should be consistent from the junior players to the senior ones. The lower grades that have been provided to children are just based on their technical improvement and training they have passed rather than based on any kind of passing competition. The grading structure needs to be balanced because in many grading systems a person becomes very much focused just on the competition and forget about improving the technical skills.

just before a few years ago, children were not allowed to participate in a number of competitions as they say that it is the age of improving just the technical skill, but nowadays, children learning judo are more focused on competitions forgetting to learn and improve their technical skills. Soon it needs to be balanced in a good manner.

At higher levels, 6th Dan or the higher levels than the 6th Dan, a player has to show proficiency at all the aspects like competition as well as in the niche of technical proficiency. But at this stage, technical skills matter a lot. One has to be technically proficient in order to get a higher level of grades. Although no one can deny the fact that the grading system is an excellent tool to improve the technical skills but what is the benefit of having those technical skills when one is not able to implement these skills during a judo competition. Therefore, there is a need for balance in the judo system to make better judo players.

The origin of the belt grading system that we see today in many of the martial arts is from the tradition of judo belts. Nowadays, judo belts are available in several colors based on the grading of the player or we can say, the color of the judo belts describes the level of the player in judo technical skills.

With the help of determination and perseverance, one can achieve tremendous power with the power of Judo. Judo belt has been designed in a way that keeps the safety considerations in mind. Sports help people of all ages to stay fit and fine for a longer duration of time. All the rules and regulations of the game have been designed considering the safety in mind.

How To Tie a Judo Belt?

When it comes to learning judo, the very thing that one has to learn is tying the judo belt in the correct way. The judo belt has been wrapped twice around the body with the center of the belt just right below the navel. Then a knot has been tied there. The ends of the judo belt should be of equal length at the front.

Judo is a way that promotes both the mental and physical harmony of a person. The game also develops the self-confidence and leadership abilities of the gamers. And the task of the judo belts is to provide a certain level of grading. But with the time judo rules are also changing. If you are interested in learning Judo games, then get the right judo belts right now and the clothes that are highly comfortable to move around. 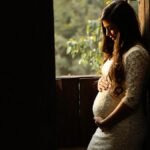