As we write this, the internet is hotly debating whether or not there should be a third fight between newly-crowned WBC World Heavyweight Champion Tyson Fury and his beaten opponent, the previously-undefeated Deontay Wilder. As per the terms of the contract that was signed between the two parties, Wilder has the right to a rematch. There’s even some speculation that he’s triggered his rematch clause already, and that the third fight will happen in the middle of the summer. If so, that’s a shame. There’s only one fight that should be left on Tyson Fury’s radar, and that’s with his countryman Anthony Joshua.

If Wilder and Fury were currently standing at one fight each, there would be every justification for a trilogy match, and a large audience clamoring to see it. As it is, there’s no clear reason for the fight to happen and not many people outside of die-hard Wilder fans eager to see the boxers get it on again. That’s nothing to do with the entertainment value of the two fights we’ve had so far – they’ve both been excellent. It’s just that there’s been no sign that Deontay Wilder is capable of beating Tyson Fury, and no reason to believe that anything would be different the third time around.

The majority of boxing fans (once again discounting hardcore Wilder fans) agree that Tyson Fury was robbed the first time the two men fought in 2018. Wilder put Fury on the canvas twice, but Fury got up both times. Aside from those knockdowns, Fury had won every round in the scorecards of most respected pundits. The two knockdowns shouldn’t have wiped out what should, at that point, have been a comfortable six or seven-point lead for Fury. Somehow the match was called a draw, and the two men had to do battle again. This time, there was no debating the result. Fury bullied, battered, and swarmed all over Wilder. The Bronze Bomber looked confused, disheartened, and at times outright afraid of his larger opponent. When his corner pulled him out of the fight in the seventh round, it was an act of mercy. He’d been down twice, failed to land a significant punch, and was bleeding heavily from the ear. The fight was over, and so was Wilder’s reign.

Defeat is difficult to take for a world-class boxer – especially one who was as dominant and bombastic as Wilder. After initially appearing to the humble on the night, Wilder’s mood has clearly soured in the days that have followed. In the immediate aftermath of the stoppage, he said he had no excuses, but wished that his corner had allowed him to go out on his shield. Now, the reason for his crushing loss is being put down to the laughable idea that the costume he wore for his ring walk was too heavy. It’s the biggest ‘dog ate my homework’ excuse in boxing history and holds no weight with the majority of fans, but sadly that isn’t going to stop Wilder getting his rematch and, in the process, pushing his showdown with Anthony Joshua even further into the distance.

There’s little doubt at this point that Joshua is waiting to fight Fury. He lost his world championship belts to Andy Ruiz Jr. because he was looking past the Mexican and dreaming of Fury or Wilder. Having now got his belts back and avenged the one defeat on his record, Joshua is in the same boat as Fury. There’s only one fight left for him to take, and it’s unlikely that anything that could be offered to him in the meantime would interest either AJ or the boxing public. A rematch with Dillian Whyte may sell tickets in the UK but won’t attract attention from overseas. Jarnell Miller hasn’t fought since failing a drug test. Joe Joyce isn’t ready. Oleksandr Usyk’s name isn’t big enough yet, despite his obvious credentials. Only Fury will do – and Fury isn’t available.

The job of every great boxing promoter is similar to the job of every successful gambler when they survey the reels of an online slots game. The way to walk away with big money when head on over to online slots is to coax the symbols on the reels into lining up in the optimum arrangements. It’s all down to chance when we’re talking about online slots, but boxing promoters have a little more control over their field of expertise. All they need to do is use their knowledge and influence to create the right lineup, and they can be guaranteed a huge payout in both ticket money and pay-per-view fees. Right now, the biggest winning line available in the sport is Tyson Fury right next to Anthony Joshua. To dive back into the kind of terminology used on online slots websites, that’s the jackpot. It’s just a shame that for now at least, it appears that nobody is going to be allowed to claim it.

The longer this delay goes on for, the more we’re at risk of losing out on the spectacle of the potential Fury vs. Joshua fight, which would likely be one of the biggest in boxing history. It would sell out England’s famous Wembley Stadium, and attract millions of buys from around the world. It would also allow every major version of boxing’s world heavyweight championship to be unified with one fighter for the first time in a generation. It would be a once-in-a-lifetime fight, and it would be one of the sporting highlights of any year the contest happened in. As recently as a few days ago, there appeared to be a realistic prospect of it happening this year.

Deontay Wilder has done away with that. Deontay Wilder has decided that despite the huge amount of evidence stacked against him, he’s still got what it takes to defeat Tyson Fury and reclaim his crown. Perhaps he might surprise us all. Perhaps he’s right. Even if he is, though, all he can give us is a fight that we’ve seen twice already. Nobody’s seen Joshua fight Fury, and everybody who’s interested in boxing wants to see it happen while both men are still in their prime. If Wilder and Fury really do have to fight again, let’s hope they can get it done and out of the way as quickly as possible. 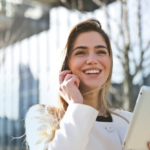