Sabarimala Temple is one of the largest pilgrimage destinations across the world. Being one among the richest temples in India, Sabarimala holds many lesser known facts under the layers of its rich history. Are you interested to know about the unknown stories and facts about Sabarimala Temple? If you think you already know it all, just check if you haven’t missed any of them. Keep reading, we are sure this will leave you a bit surprised.

Celibacy is followed by the devotees since 1500 years

As per the history of Sabarimala, Lord Ayyappa, the deity of the age-old temple in the state of Kerala, is a Brahmachari under the practice of celibacy. History is evident that male devotees were against the idea of allowing women of menstrual age to enter the temple premises. This rule has been followed by the devotees for more than 1500 years until the Supreme Court abolished it in the year 2018. However, the priests still don’t let women enter the temple, no matter if the highest court in order has signed the abolition of this rule.

Devotees have a particular color code

The devotees planning to visit Sabarimala must follow a particular color code for attire. If you want to visit the temple, wear either black or blue. The devotees also smear Sandalwood paste or ash of the incense sticks called ‘Vibhuti’ on their forehead while performing the puja (rituals).

Not many are aware of the mythological significance of this temple. One of the secrets of Sabarimala temple is about its location – it is the same place where Lord Ayyappa killed Mahishi, the demoness who was Mahishasura’s sister.

So, you have visited the temple but it never came into your notice that the temple is encircled by 18 hills. Did you count the steps you took to reach the temple? It is also 18.

Neyyabhisekha is a special ritual performed by the devotees visiting Sabarimala. The ritual involves pouring sacred ghee over Lord Ayyappa’s idol. It is symbolic of combining of a soul with that of the divine. The ghee needs to be carried in handmade cotton bags called Irumudi or Pallikettu.

There is a mosque in the temple’s vicinity

With a strong connection with the Muslim Saint Vavar, the temple in South India has got a mosque in its vicinity named after Vavar. But the truth about Sabarimala and Vavar’s relation is still unknown.

The name of the temple is taken from the Epic Ramayana

If you have read or watched Ramayana (we are talking to you Indians), you must have come across ‘Shabari’, a character from the epic. It is believed that Sabari lived among the eighteen hills amid which the temple is established. Thus, it was named Sabarimala.

Devotees follow a fasting ritual before stepping into the temple

Anyone who wants to seek blessings of Lord Ayappa has to go on a fasting ritual of 41-days before visiting the temple. The ritual of fasting is called ‘Vratham’.

Devotees are required to follow particular rules while the pilgrimage tour

While the pilgrimage tour to Sabarimala, the devotees need to follow certain rules like no alcohol, no tobacco, no foul language, no non-vegetarian food, and trimmed nails and hair. Some even shave their heads. Pilgrims are also said to bath twice a day during this time.

Another unknown fact about Sabarimala temple is the Dakshina of its priests. You won’t believe but the estimated income of a priest in Sabarimala Temples accounts to INR 52,00,000 which is the amount of Dakshina collected over a period of 56 days only.

The prasadam served to the devotees is a local delicacy

The prasadam served to the deity and then to the pilgrims inside the temple is a local delicacy in the state of Kerala. After the prasadam is offered to Lord Ayyappa, it is distributed to local vendors and food courts in Kerala.

The temple opens during rare days of Makara Jyothi

Makara Jyothi means a star worshipped by Hindus who are also devotees of Sabarimala. People believe that Lord Ayyappa blesses them in the form of a star. Tourist or pilgrims can also visit the temple during the initial 5 days of Malayalam Calendar.

Hopefully, you are now aware of the lesser known yet surprising facts about Sabarimala Temple. 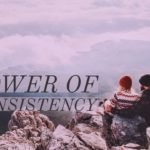 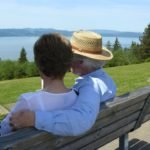