Bangalore, the cyber hub of India is also one of the largest cities in India. It’s one of the most desired places for the techies as it has abundant job opportunities for them. But hold on, that’s just one reason you may want to settle down in Bangalore for!

Apart from being the cyber city, Bangalore also experiences the most pleasant weather throughout the year. It is neither hot in summers, nor it is freezing cold in winters. Most of the people in Delhi prefer visiting Bangalore during winters for the pleasant climate. Well, if you are a foodie and love to experiment variety of foods, Bangalore would welcome you with open arms. There are some of the Best north Indian restaurants in Bangalore which make you feel home while enjoying the pleasant weather out there.

Frequently nicknamed as the Indian Silicon Valley, Bangalore is also the biggest IT exporter and one of the chief metro cities in India. Currently, it holds the third position when it comes to heavily populated cities in India.  Bangalore, the capital of Karnataka was under the rule of Wodeyar Dynasty and Vijayanagar Empire at one time. The state has several beautiful places to visit and if you ask about the best time to visit Bangalore, the answer is ‘anytime’.

The city welcomes you with a variety of cuisines including South India, Chinese, North Indians, Italians and many more. Hence, you don’t really have to hunt for the best restaurants in Bangalore as it offers you all tastes you prefer. You may be a corporate traveler or a tourist; you don’t really need to think much before visiting the city. Tourists, however, are seen in greater numbers during winters especially in between October and February. There are many places, including architectural and historical sites in Bangalore. A gateway to the memorials of the medieval period, Bangalore is certainly a must visit place in India. 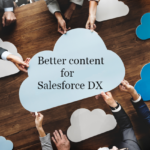