Indian monuments are very famous all over the world because of its beauty. Actually, we can say that monuments are the standing presentation of human thoughts and imagination. The rulers and kings who ruled India had a unique way of expressing their love, care, and ideas in the form of marble, bricks, stone, and mortars. These monuments are very ancient which convey the philosophies of the world. Also, there are some monuments that were being destroyed during wars. Still, people visit these places to get to know about the culture as well as history.

As we all know that India is very rich in culture, custom, traditions, heritage building, forts, temples, and palaces. The famous monument includes Taj Mahal, Old Churches of Goa, Mysore Palace, Qutub Minar Delhi, Red Fort and much more. We can say that such historical monument is the wealth of India that grab tourism.

One of the most beautiful monuments that attract tourism is Taj Mahal. It was situated in Agra, in the state of Uttar Pradesh near to the bank of holy river Yamuna. The Taj Mahal architecture is the combination of Persian, Mughal, and Ottoman Turkish style. It is also included among the eight wonders of the world. Shah Jahan built this Taj Mahal to fulfill the promise of her most beloved wife Mumtaz. He also not marry aga

The most popular historical monument or Palace is Mysore Palace. It is situated in Mysore in the state of Karnataka. This is a big place for tourism attraction. In the past, this Palace was the residence of Maharaja of that state, at that time it is also famous with another name that is Ambas Vilas Palace. In 1897 this palace was completely destroyed, after this tragic incident this palace was again rebuilt in 1912 and the cost of constructing palace again is about 42 lakhs. Its architecture is the combination of Hindu, Muslim, Gothic and also Rajput styles.

The tallest brick minaret and highest stone tower in India are Qutub Minar that attract many tourists from all over the world. Qutb-ud-Din Aibak built this in 1199. Qutub Minar is 72m tall and the bricks that are used in construction are red sandstone and marble. The stairs are in circular style and had a total 379 steps. Firoz Shah Tughlaq repair this after it damages as well as in Minar you can find the carving of verses from Holy Quran. In its surrounding, there are also small monuments that enhance its attraction.

Gateway of India is also considered the most visited monument in India. It was built in 20th century in Mumbai city. It attracts tourism because it situated in a perfect scenic spot. It starts to build in 1911 and it took 13 years to complete, it is 85 feet high above the ground. The honor thing is that the first visit was set up on the gateway of India was King George V and Queen Mary in 1911. 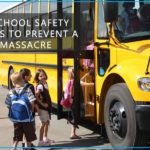