Testing automation is crucial for the performance mapping of any application or software. Microservices are an important part of software or application architecture. Microservices architecture involves developing a package of individual services working together as a suite of small services. Each code in the suite runs an individual process and communicating through lightweight mechanisms like HTTP resource APIs.

By employment of machinery coding, microservices can support a fully automated deployment environment. To configure such microservices, a centralized, management is necessary that can integrate different data storage technologies and unique programming languages. Microservices architecture helps organizations to create independent processes and services that are easier to deploy and manage. It is a process where an application is divided into several small services that act independently.

Microservices testing is critical to evaluating and improving the performance, security, and overall success of an application. It requires the dedicated support of testing tools and mechanisms that can automate the testing of an application microservice. As the microservices are more independent and not dependant on each other, the testing and deployment of such services, become relatively easy. Here, we are going to explore 5 ways to automate microservice testing for the app development process.

This is more of an internal microservice architectural testing. As we know that each unit in microservice is independent of the other and yet in constant co-relation with one another, this co-relation is used to automate the testing of units in microservices. Automation of the units can be done through frontend UIs and programming language used.

The use of a framework for the build of microservice is also important to be realized while automating the microservice unit testing. Because the framework provides the runtime environment for each unit to process.

A contract is like a service call, which provides certain output to the inputs provided by us. This can be done through consumer-contract testing. This is to say that every end-user should be able to receive a similar response to every service call made, even if the service is changed. There should be no change in service functionality. The design of service should be according to the above structure so that it does not break and run for a longer duration of time.

This is just the opposite of the unit testing approach as automation of contract testing includes the treatment of each service as a dedicated recording device to record each response that is independent and must be verified. Neglecting any dependency allows full function without complex interactions among the individual services. It also reduces the complex behavior of services due to external calls.

With an integrated testing approach integration of components like databases can be done effectively through the automation of testing and also higher continuous integration and deployment of the microservices suite can be achieved.

This is the automation of testing that can validate the effective workflow of the whole application. It is also known as an end-to-end testing approach, which verifies that process workflows are working correctly and how does it affect the multiple services during the testing. This is where application development teams look to hire node js developer or developers skilled in other agile technologies to ensure effective application workflow.

It also tests the integration of database and ensures that the system works together to satisfy all the requirements. This helps in the automation of functional requirements of testing by taking special cases of user’s requests and verifying the system behavior in response.

Automation of User Interfaces testing to test the functional capabilities of a UI before the grand launch is mission-critical for most app development teams. This testing can render data on end-user interaction with the system framework and its response, which should satisfy all the requirements of an end-user.

Automation of functional testing facilitates the validation and integration of various databases, interfaces, and third-party services, that work together to achieve desired results.

The testing strategies and that were used before are not relevant anymore due to the non-existant dependency among the small components or say services in a microservice. Automation of a microservice can be useful in analyzing each and every service with full functional capabilities.

There are some challenges to microservices testing that need to be overcome by the automation of testing. Like the inclination of usage of web API testing tools that are  built around SOA testing. Co-ordination of different development teams to deliver the services for testing in time. As the services are independent of one another despite being a part of an interconnected structure it becomes necessary to test each service individually and also as a complete system.

End-to-end workflows are hard to maintain with dependencies of data and layered interactions. It is also challenging to keep the runtime environment and integration of services for functional testing purposes. Keeping logs of each and every important data is also a challenging affair. Yet, automation of microservices can overcome all the plausible challenges with new approaches and innovations in automation. 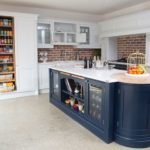 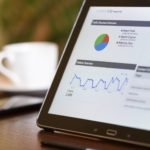