Footwear was crafted to protect feet from cold ground, dust and now it is no less than a fashion statement. They were originally made out of wool or leather.

Footwear like everything else has its history rooting back to the ice age about millions of years ago. With human evolution, change in era and weather conditions, demand for footwear began to grow at a high rate. Some historical sources express that footwear came to use at the end of the Paleolithic era, along with the time early humans learned the art of leather tanning.

Societies around the world showcased their culture through their ethnic shoes such as Chinese lotus shoes, Roman gladiators, Japanese okobos, and a lot more. These cultural values, beliefs and traditions have always reflected upon the pieces of your outer appearance, and Indian footwear is no exception.

Half a century ago, India was widely known as a barefoot nation. However, the foot is considered as a significant part of the human body in the Indian culture. Thus, footwear was known to be a luxury item in Indian society, but still, India was famous for its traditional craft of footwear making. The Saints later only wore the Indian sandals known as Padukas.

Styles and trends in the shoe sector are a lot more centric on combining historical patterns and designs. Most shoemakers across the globe are pioneering the concept of blending traditionally worn footwear into mainstream contemporary fashions and fashion trends. Continue your research about the ethnic Indian footwear before you make your purchase for any occasion.

The process of creating stylish ethnic shoes starts with sketching the designs, handpicking quality fabrics and using the latest tools to bring creation into life. Numerous brands strive to offer excellence in design and quality at affordable rates. 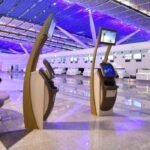