One of the oldest and most successful business houses in India — Dalmia Group was founded by Ramkrishna Dalmia and and Jaidayal Dalmia. It was with an unprecedented zeal to excel that Ramkrishna Dalmia embarked on his journey to success. Starting off from the scratch, he went on to become one of the most influential and powerful tycoons in the country.

What proved to be a turning point in the family’s history is Ramkrishna daughter marriage to Shanti Prasad Jain, son of the influential Sahu Jain Family. Further, in their attempt to expand the business, the Dalmia family and the Sahu Jain Family decided to collaborate, leading to the formation of the Dalmia-Jain Group in the 1930s.

However, the partnership came apart when both the families decided to split their business later in 1948. Eventually, the Dalmia-Jain Group was dissolved due to the surging differences between the families. Furthermore, the Dalmia brothers Ramkrishna and Jaidayal divided all their businesses.

The legacy was then bestowed upon Vishnu Hari Dalmia. Today, the Dalmia business is looked after by his sons Sanjay Dalmia (Chairman) and Anurag Dalmia (Vice Chairman). Over the years, the Dalmia Group has established itself as a dynamic and globally progressive conglomerate. At present, the group enjoys a formidable presence in prominent domains like textiles, soda ash, tobacco and ITES, through its flagship companies— GHCL Ltd, SC GHCL UPSOM Romania SA, GTL India, Caretel Infotech Ltd, and Colwell & Salmon.

It has also forayed into the medical industry through its healthcare division—Dalmia Healthcare Ltd and Bharat Pharma Ltd. The Dalmia Group is also actively involved in various social, philanthropic services and environmental initiatives, as a part of its Corporate Social Responsibility.

The rich and glorious history of the Dalmia Group spanning across several decades shows that a strong business is indeed an intermingling of strong relationships. It will surely be interesting to see what the future holds for the Dalmia family. 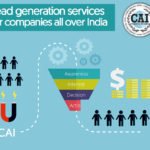