In today’s world, it is hard to imagine living life without the many networking advantages of the Internet – which collectively permeate through every aspect of our daily, lived experience. From remaining connected through social media, streaming HD videos on online entertainment portals like YouTube and Netflix (among many others), to managing our office work seamlessly from home, the World Wide Web only seems to be geared towards expanding its pervasive and globally-spanning reach further; thanks in large part to such affordable ISP provisions as the Xfinity Triple Play offer made available in the U.S, and elsewhere.

On the Internet’s (Foreseeable) Future Trajectory

As per the predictive formulations of many tech industry experts (who base their incisive analyses on current and historical trends – as they are gauged through the aid of relevant statistics), the web is en route to fully incorporating such conceptually-formidable frameworks as the:

into its proliferating domain.

What these exciting initiatives would practically entail is an interactive state of constant connectivity between machine and machine, and between machine & man – with the impetus for this multi-layered linkage system explained by the desire of individuals to become equipped with more accurate and dynamic measures of data.

The Addition of A.I into the Mix

These advancements of Internet technology, particularly with the introduction of more sophisticated Artificial Intelligence (A.I) protocols into mainstream computer servers and hardware gadgetry, are rapidly expected to usher in a world where machines take over much of the work done inside industrial settings. This could include a transferal of the bulk of manufacturing/assemblage jobs from humans to industrious robots that are not afflicted by the natural shortcomings of the species, to the prioritized allocation of managerial roles to specially-designed computer systems that keep a more thorough check on all aspects of the workflow process (and ensure that workers’ commitment to their respective organizational obligations is recorded both accurately & faithfully).

All Hail the Internet of Things

A future where the IoT manufacturing standardization becomes the norm would witness the arrival of higher levels of synchronization and luxury than have ever been experienced before on the civilizational plane.

A common example given by several prominent hardware manufacturers illustrating the machine dynamics of this expected world goes as follows: Imagine waking up in the morning with the humming ring of your network-integrated alarm clock, which upon your rising immediately signals to the connected coffee machine, toaster and stove in the kitchen to whip up a nutritious breakfast quickly. The same alarm clock could communicate your ETA to your working organization’s time-keeping mainframe, and have your car ready in the garage for instant departure (and so on).

When considered in this way, an IoT-integrated future could really serve to simplify many of the daily problems that encumber the lives of both individuals and organizations; though at the same time it poses the risk of becoming too overwhelming.

This concern arises from the realization that a lot of machine interference in individuals’ lives would lead to a gradual negation of their essential humanity – in that the human experience (according to some philosophical understandings) is inextricably linked with contending against the psychological, emotional and physical impediments that typically come in one’s way.

A Utopian world, where there is no need to engage in any type of labor, would (according to this perspective) result in the gradual entrenchment of a state of atrophy – which can be poetically put as a paradoxical condition of ‘dead people living’. Such fancies, it need not be said, owe a great deal of their fanning motivations to the science-fiction lore (and subsequent Hollywood productions) that abounds in the literary scene nowadays; and which has done so for a large portion of the last two centuries (with the advent of modernity following the European industrial revolution).

Before the Dust Settles…

In the intermediary period of transition between the current popular state of the Internet and its evolved future manifestation, there will be a time of some confusion and backlash – which comes about as a normal occurrence before the onset of any new technological phase (from a historical human standpoint).

This ‘getting used to’ period will eventually see a struggle waged out between the proponents of increased mechanization, and those who nostalgically prefer to keep their hold onto what they perceive to be a simpler world. These contentious skirmishes will eventually fade out, however, when the profiteering concerns of the corporate world (through its intense legislative lobbying efforts) come out into the open – in favor of embracing technologies that widen the gap between industrial expenses and revenues.

With Comcast subscription offerings, which prominently include the Xfinity Home Phone in the company’s sprawling digital portfolio, you can easily access a wealth of informational material online that provides continual updates on the developments & innovations arising within the realm of the Internet on a daily basis. 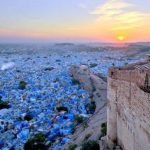 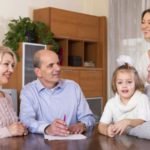