The blue city of Jodhpur has an asset inescapable: 3 major attractions to see. Its fort overlooking the city, a temple bit away and finally a hotel of a Maraharaja which has not specially convinced! It is a major step of all Travel in Rajasthan, it is for this reason that we will be there 4 intense days and sporting!

The city of Jodhpur is known for its Fort which dominates the entire city. Very impressive, impossible to miss.  More especially in the evening when it illuminates. It is visible a little everywhere. But the most impressive is the wall that surrounds the blue city of Jodhpur to protect it. Built all around the fort, it brings a particular stamp. We then feel as at the time, to watch the first came. In the distance, desert landscape and rocky in the background. The Blue city of Jodhpur

The blue city of Jodhpur offers a panoramic vision of its roofs where the blue dominates. Be aware that it is the color of the Brahmins who are one of the 4 large castes in India. And also, the color would have the reputation to keep away the mosquitoes, which would explain why she is as much adopted by the population. Once perched at the top, after having admired the point of view, we decide we launch in its visit.

The Fort of the blue city of Jodhpur which responds to the sweet name of Mehrangarh, deserves its name of impregnable citadel. It carries out the 500 rupees entry fee with the camera. Inscribed on the World Heritage list of UNESCO, this fort has spectacular walls: you really feel the finesse of the constructions. What is more the restorations that have been made are perfectly successful, which does nothing striker plate! Really very beautiful.

It is recommended that you take the audio-guide who will immerse you literally in the history of this building!! To access the interior of the fort, it must go through a door, after having bypassed the paths in turn. But the spectacle is worth the blow. For information, this system which may seem odd to first view, was in fact a defense! To protect elephants… Yes, ok, this is not the first trick which we think. Grosso modo, when the elephant is launched, it can no longer turn. By putting the door after a small turn it was therefore impossible for the elephants to attack this fort without impetus. Not con !

The final stage of this magnificent course, the shop, very beautiful! And a pseudo bazaar where prices are alarming. Especially do not buy anything unless you have the budget for this. You will find the same products around the cloak-tower for low prices. we move away from this catches for tourist we sought refuge on the contours of the Fort where the sun Cogne Drive.

One decides to go visit the spice market and make a gourmet break in the merchant of omelets on the main square of Jodhpur. Without reflection, we have not really thought about the consequence of this gesture and yet, we have strongly regretted because we have been sick throughout the night.

Continue your tour to neighborhood by climbing to the top of the clock room, the clock in the full center of the city.

The cost of the entry is 500 Rs /pers . Provide two to three hours for the visit. Inside there is two restaurants. 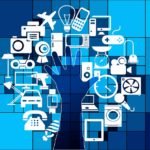