Hercules is famous for his strength and for his various Expansive adventures. This is actually Herakles, the Greek hero or says the most popular figure of the ancient Greek mythology, in roman it is ‘Hercules. It is famous that Hercules was a demigod or the most powerful entity of Greece or on earth, believe it as you still remember the whole story.

The story we also read in our course books that Hercules was much powerful so he could have parted Africa and Europe, the two continents with his hands, strange? For me too. But it is said that he did that and the strait of Gibraltar came into being. Amazing!! Interestingly, He also slept in the cave in Morocco which is now a few kilometers from Tangier. And then he went on to his further adventures.

It makes almost 12 kilometers from the Zero point of Tangier. I booked a Taxi from Tangier because It was my family with me and especially the kids who were there to discover the facts about their favorite Character and wanted to see his bedroom, (the place he slept for a night or two). The two side trip was not so expensive as the driver decided to accompany us with our exploring Journey and he joined us as a great guide, my kids liked him and still recalls his stories and his English accent.

He drove us around the Tangier and unfolded every single thing passes by during the whole journey. I do gardening here in London, so was interested in his talk about different types of plants, vegetables, and flowers native to Tangier. He promised me to arrange some plants on demand on my next solo trip to Morocco.

Do you know? In times of the British rule, This city was gifted to King Charles II. It was presented to him as a marriage gift, he married Catherine of Braganza, the princes of Portugal. That was under British rule until 1689.

There were two beautiful places we stopped on and took the pictures for our Album. The third time when the driver stopped the car and pointed our attention to the rock, He told us that this dented rock is having the footprint of Hercules. My younger son of 5 amazed to gaze that big Rock and we all took the pictures with that rock, that is where the Caves story begin the driver said. We are almost reached. I only had seen the Cape Spartel in the pictures as yet and knew about it a little. The cape is 326m high. At the top of the peak, there are two towers, one of those is Cape Spartel, and the other one serves as a lighthouse. That’s a beautiful landscape you really would want to observe and soothe in the peaceful surroundings of the Cape.

We went to the Cape Spartel and the lighthouse. We took photos over there as that is the most photogenic place I’ve told you before. The driver told us that the destination is just been renovated for the tourists, the work is not yet completed.

Below the Cape Spartel, there are the caves of Hercules, Not just Below, it is three and a half kilometers of distance and takes 5 or hardly 10 minutes to get there if you are on the privately booked car. We arrived at the cave of Hercules where he joined to lead us the destination as per the knowledge he has about the caves. The caves are open to the public and no cost on entrance too.

The driver, who later became my friend told me that before these caves were the tourist attractions, they were brothel. Tourists can witness the Neolithic footprints entering into the cave and gaze on the walls around. The driver added a lot of side stories affiliated with the Hercules Caves, he was funny. When we entered into the Cave, we looked on the big white pillars just before the entrance, the elegant white pillars welcomed us. Just after entering, there are the gift shops you will find showcasing the handicraft of Tangier and according to history, caves are famous for. Bring something you want to get home for your friends and family, otherwise, your kids would be enough to remind you that they need all of the things in the shop.

We go into the caves further and explore its many segments, it’s beautiful and extensive from inside. You will spend your moments exploring the cave and telling the short Hercules stories to your kids, It would be so funny and the most unforgettable part of your journey.  At the end of the cave, we have seen the large open way leads to the beautiful Mediterranean sea.

We were lucky that the driver accompanied us all the way otherwise we had to pay for the guide especially, but I must say, that is not a big deal also. People see if you are a foreigner, they come up to ask for your help proposing you different rates. So if the Hercules Caves are in your bucket of planes, remember you can easily get help from the local guides on the very nominal fees. I found the Moroccan people much hospitable, understanding, joyful and so friendly. I with my family enjoyed a lot on our Morocco Holidays and want to recommend you guys, come up with your families and see the charm. 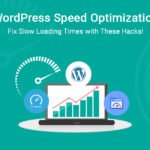 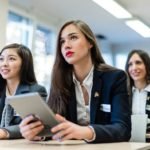