The aspect of morality is a vital subject in the study of humans and apes. It is because these creatures are close relatives. In other words, they share similar evolutionary changes. Moreover, they demonstrate vital dimensions of ethics. Nevertheless, there is a tendency of human beings to exhibit self-centeredness in their treatment of animals. While, I acknowledge that there are features that distinguish man from apes, the need to observe restraints in dealing with them is critical. The paper answers questions concerning the subject of humans, apes, and borderland.

There are specific incidents, experiences, and skills in the story that are relevant to thinking about the moral status of human primates. First, the episode is cautionary and sad from the beginning. The end is also tragic and leaves us with a lot of questions on the behavior of mankind towards animals. For example, in the initial instance, Lucy undergoes separation from her mother. The humans drug her in order to enable the separation. The act is immoral. She has features that are similar to humans. For instance, she has emotions and self-awareness. In fact, she notes that she no longer lives with her mother and is coping with the scientists who are her new parents. The realization of the emotional aspect of the Ape should motivate human beings to change their perception concerning non-human primates. In fact, they should stop exploiting them in the excuse of science, fashion or as a source of food. Another example is evident when the scientists who have brought up Lucy are giving her up. One fails to understand how they have become insensitive to the chimpanzees. It is their actions that lead to the death of Lucy the hands of the poachers. DeGrazia notes that Apes have a characteristic of preserving long-term relationships. In other words, they can hold someone in high esteem. In fact, they are the most cognitive, emotional and social non-human primates. The scientists ought to have taken it into consideration. The experience of Lucy forces us to start recognizing the authenticity of the Apes as prospective humans

I think there are various fundamental characteristics of human beings that bring about our anthropocentric perspective. First and foremost, people have an explicit language. They can communicate with one another. In fact, they have the ability to express their views concerning different issues. Nevertheless, the non-human primates have a limited language. It is not comprehensible to others. Consequently, humans tend to believe they are the legitimate people. They fail to recognize the innate communication that goes on among other creatures.

Secondly, men have a well-developed brain that ensures appropriate reasoning. For example, they can sit in class and gain education. They can also invent various machines. It is different with their ape counterpart. While they show some similar characteristics, their brain is not developed. Consequently, they cannot rightly reason out an issue in the real world. These traits make people view animals as creatures that are present for their use. In other words, they do not have a life of their own. However, a critical look at the animal kingdom reveals that they have the reasoning to take care of themselves. They care for their offspring. They can feel danger and run away from the predators. The third significant attribute entails the civilization of human beings. I think it is the most fundamental aspect of mankind. The fact they have evolved to a point where they are living, an improved life makes them have a human-centered perspective. It is evident that humans have a high level of civilization. For instance, they live in man-made houses. They also prepare different food as part of their meals. On the contrary, Apes consider the forests as their habitat. They depend on the available vegetation for their intake. Consequently, the lifestyle of these animals cause human beings to remain anthropocentric.

There are things that could help to link our human perspective to one that would also serve the welfare of other creatures. First, it is vital to educate people on the personhood of animals. While they live in the wild, they have features that are similar to the humans’. For example, DeGrazia notes that apes exhibit a social tendency like the people do. They associate themselves with members of the same family. It is evident when they feed in herds. In fact, in most instances they go to the river together. Understanding of the concept is vital in changing our perspective regarding the behavior of the animals. DeGrazia remarks that comprehending animal behavior in its diversity is critical to the preservation of the endangered species.

Secondly, humans must come to terms with the uniqueness of the biological and behavioral principles. In essence, we must see animals to be different from us. For example, an ape has a unique genetic makeup. Consequently, we must be careful in the experimental test we carry out. In fact, it accounts for the failing of the HIV test that did use chimpanzees as experimental subjects in the 1980s. While theoretically they may give results, the practical application is difficult to achieve.

The discussion analyzes the moral status of the human being in relation to borderline primates. It is evident that man carries out activities that destruct the livelihood of the creatures. They have characteristics that make them anthropomorphic. They have elaborate communication system. They can also be called civilized in some meanings. Nevertheless, it is fundamental that we observe the animal welfare.

If the article was cognitive for you, proceed to read another article on affordable paper writing service.  Most of the articles are written by Naomi Yang, a professional writer. 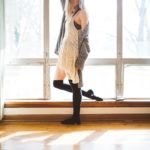 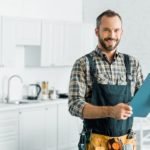